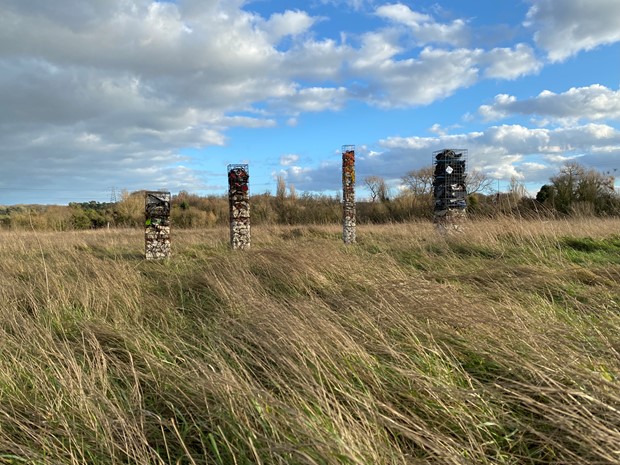 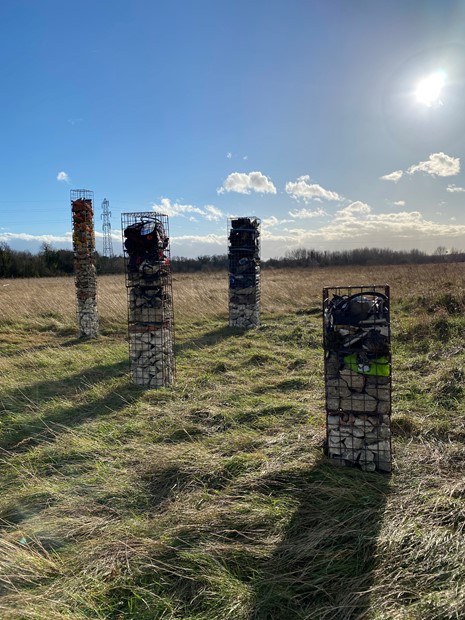 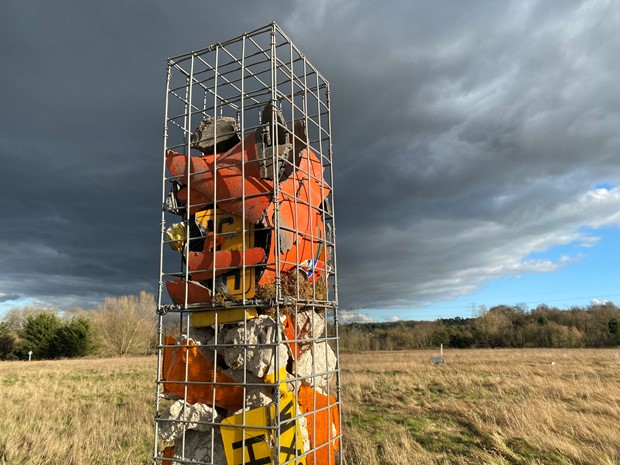 There are 30 trillion tons of human generated substances on earth, half of that being urban mass, before we even get to artefacts and packaging. Those artefacts will form the techno-fossils of future geology. Salvaged concrete and brick form layers above a bedrock of chalk, combined with plastic and steel detritus left by recreational users of the countryside of Southern England. Collected over a year from one rural location, these materials are packed into four structures made of gabion baskets, each one also containing a thin layer of moss to illustrate the proportion 1:10 biomass to human-generated deposits of an average square metre of the Earth’s surface. The opportunity to show the piece at Gallery No.32’s Winter Sculpture Park in South London, on an area of reclaimed landfill, adds to the meaning of the work and allows it to become a site-specific response. The structures grow from the grassy surface like core samples of the layers beneath the soil in this iteration of the piece and the vastness of the site allows circulation space between them.