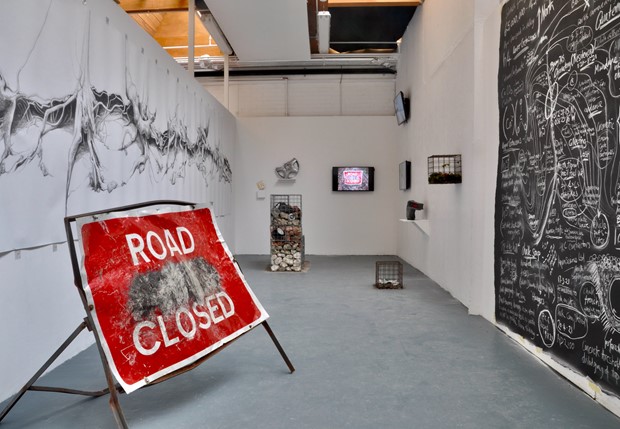 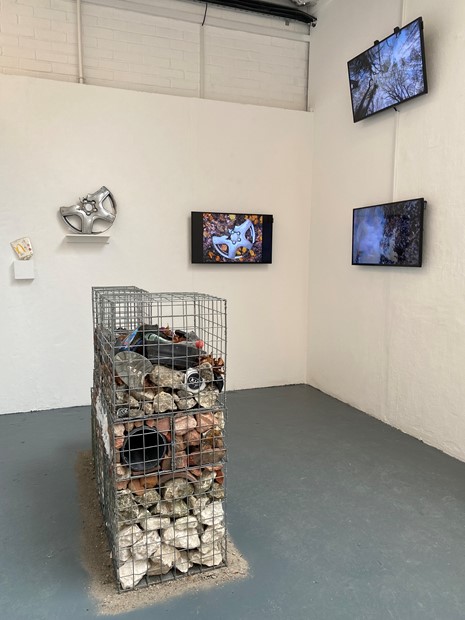 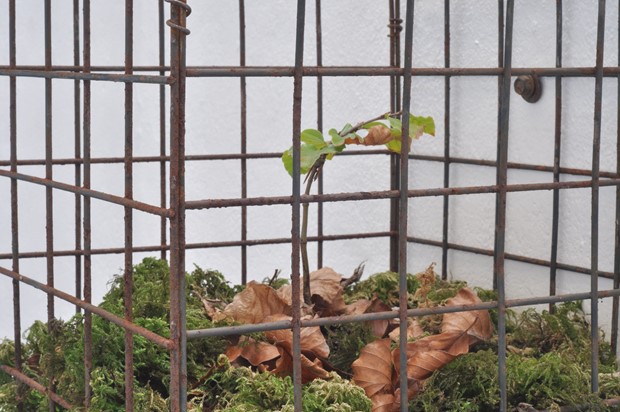 The project, Byway 745 Observatory, is a year-long residency in a section of 4000 year old sunken lane, currently a Byway Open to All Traffic. The area studied reaches down from the canopy of beech trees to the bedrock of chalk. A “critical zone”, as defined by earth system scientists - the zone, a few kilometres thick, from the lower atmosphere to the upper bedrock in which life on earth occurs. This is an exercise in stopping to look rather than passing through, monitoring incremental and mundane changes, as a natural scientist or an anthropologist might. Drawings from observation, and collections of materials have been made on site. I have used video to record natural cycles and human interventions and the work has evolved into a body of interconnected outcomes. Those outcomes include - sculptures made from salvaged materials and found objects, contained in stacks of gabion baskets; large scale drawings; photographs; video and placed objects. The landscape is explored in the installation space through those objects and materials, as well as through the media of sound, video and living elements. Found objects appear multiple times - in video, incorporated in the sculpture, drawn, photographed and placed in the space. Echoes and connections are created between the pieces to build a narrative.