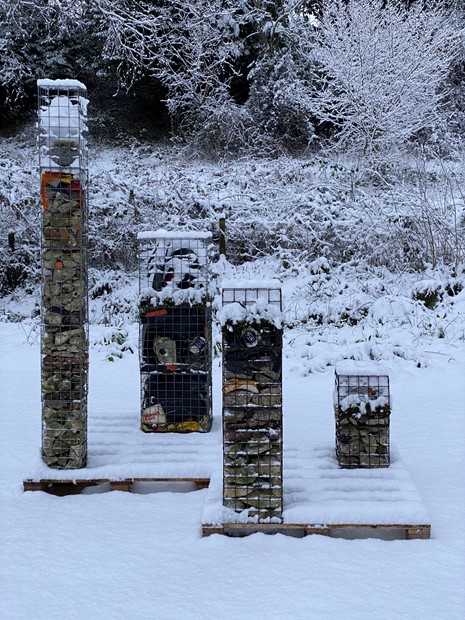 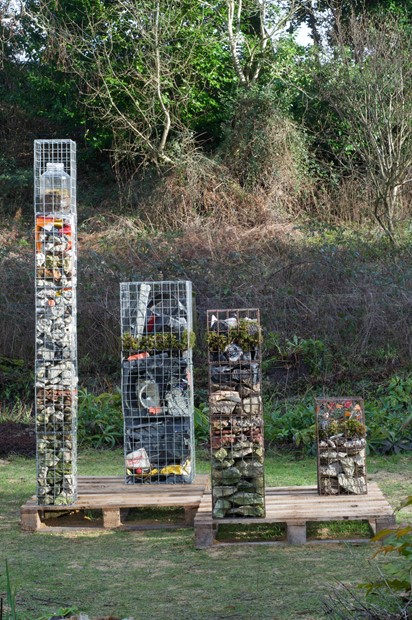 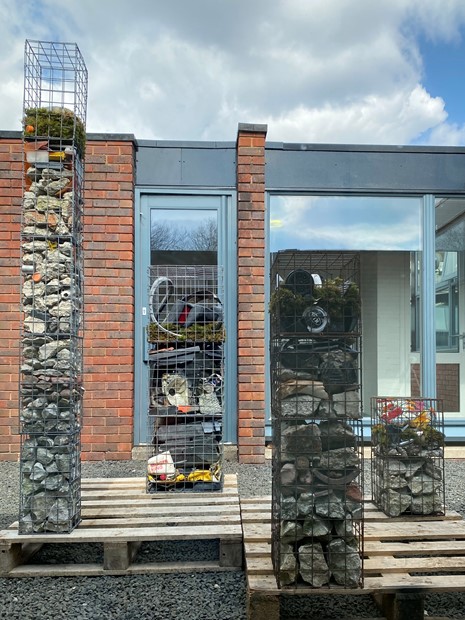 The work is concerned with the evidence of humanity’s significant and increasing modification of Earth systems. That evidence can be gathered by large scale research projects as well as by amateur observers of the local landscape. In this work materials found by the artist in a specific location in The South Downs National Park are presented in the proportion 1:10 biomass to human-generated deposits. This proportion is identified by geologist Jan Zalasiewicz in his lecture ‘Visualising the Anthropocene’ in which he describes an average square metre of the 510 trillion square metres that make up the earth’s surface. There are 30 trillion tons and growing, of human generated substances on earth, half of that being urban mass, before we even get to artefacts and packaging. Those artefacts will form the technofossils of the future. In this work, salvaged concrete and brick forms layers above the bedrock of chalk, combined with plastic detritus left by recreational users of the rural landscape. It has been collected over a year and packed into four structures made of gabion baskets, each one containing a layer of moss. The gabion basket form is one associated with the engineering of flood defence in the face of rising sea levels. Much of the plastic waste is actual 4 x 4 recreational vehicle parts, those vehicles hastening the rate at which the chalk hillside erodes, the water eventually washing microplastics into rivers and oceans. The structures stand on a pallet base that forms a horizontal link and walkway between them. Not only are the pallets salvaged, but they are also part of the same transport and packaging infrastructure as the litter and discarded objects contained within the gabions.