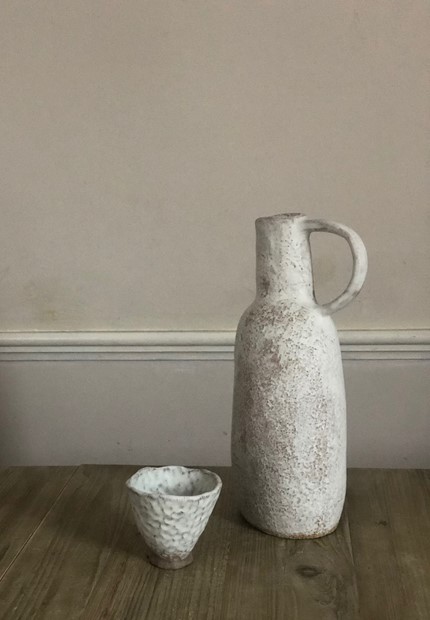 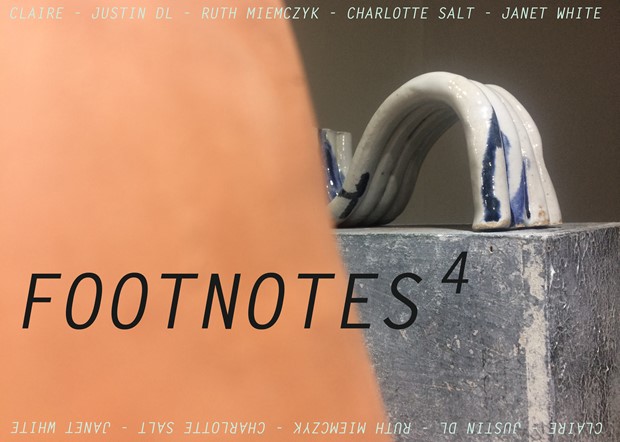 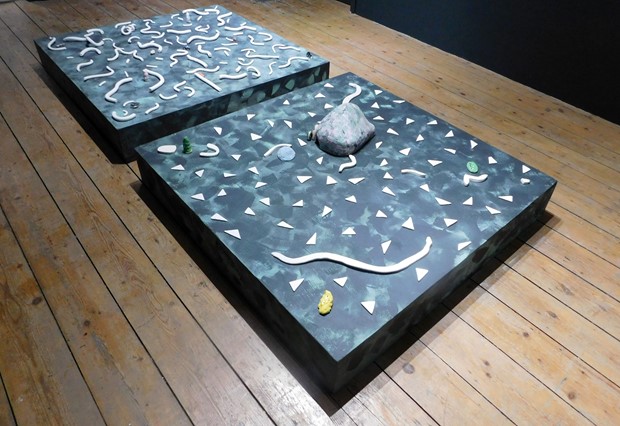 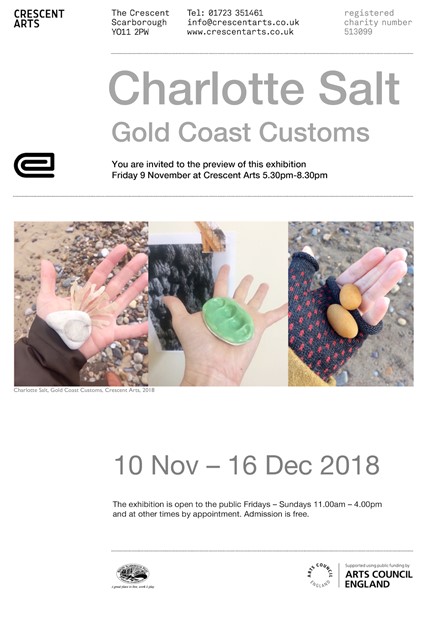 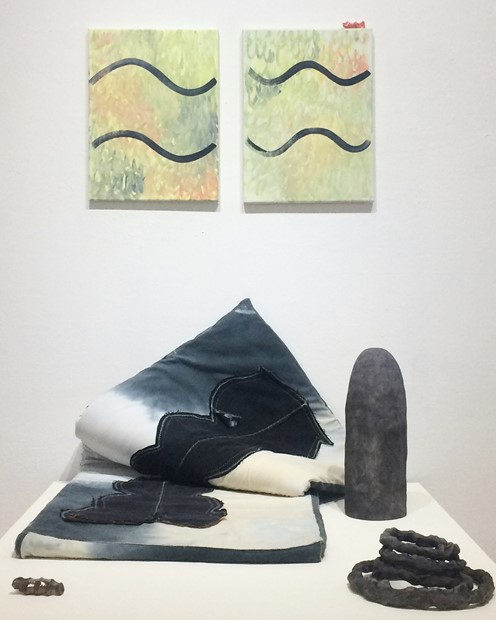 I work intuitively with materials, adopting an ‘automatic’ approach driven by the subconscious, apparent contradictions surface as I play with the opposing intensities of laborious processes and quick impulsive gestures. I am interested in our relationship with ‘objects’ and the physical act of making with one’s hands, exploring processes and production as a way of understanding or interpreting the connection we have to our environment.

I was drawn towards working with clay through a desire to create work that is intuitively made, tactile and unique to the hand-building processes. Currently working from home and from a studio in Malton, North Yorkshire, I combine coiling, pinching and slab work to build my objects. The development of work is experimental; each piece is heavily influenced by my interpretation and understanding of each making process or learnt technique.  I enjoy the meditative processes of joining together the different parts piece by piece, to create a variety of organic work. Many contradictions arise in the objects: tactile surfaces that seem to have been unearthed from old civilisations, textured with fingertip traces, imprints and inlays or smoothed, polished and re-worked with slip layers, digging in, eroding, rebuilding and wiping away. Drawing on wide-ranging influences, ancient ephemera, shapes and textures, natural and manmade, objects appear to take on their own histories. Evoking memories and exploring the transient nature of life concurrent with the longevity of cultural memory.

In the past I used the role of a curator (for Salt+Powell) to build on my arts practice (like another stand) treating curating very much as a creative act, an attempt at story-telling. I found that inevitably there was an aesthetical overlap between my individual arts practice and that of curating other people’s work. I used this to enquire into different modes and methods of presenting work to audience, through visual aesthetic language and interpretation.

Charlotte Salt is the current resident Artist at The Gallery in Malton, North yorkshire. Where she works predominantly with ceramics, painting and print.

Holding Conversations - Set The Controls For The Heart Of The Sun, Manchester Contemporary, Manchester

It Happened in Üzümlü (Green) - The Golden Rule, Liverpool

Spares - Set The Controls For The Heart Of The Sun, 25 wharf Street, Leeds.

Between History And Memory  - Bar Lane Studios, York, 11th-14th May.

At The Gallery, Malton