The performance was developed from a fictionalised narrative that was written for the performance. It is made from two main sources, firstly the court records from the Tromsø archives where a small child called Marenn Oelsdatter describes a journey to hell with the devil, which implicates women and children in a chain reaction of accusations during the witchcraft trials. Alongside the confessions the narrative and performance is structurally based on the play Mystery-Bouffe written by the celebrated Russian poet Vladimir Mayakovsky. Mayakovsky used the story of the flood in the bible to explore the development of the new revolutionary society. The audience traveled through five scenes where different scenarios were played out each of them commenting on a different contemporary political situation from police use of water cannon, to Romani culture in an intolerant society. The performances ending and utopian vision was that of a flat world with integrated cultures where the Romani have inherited the earth. 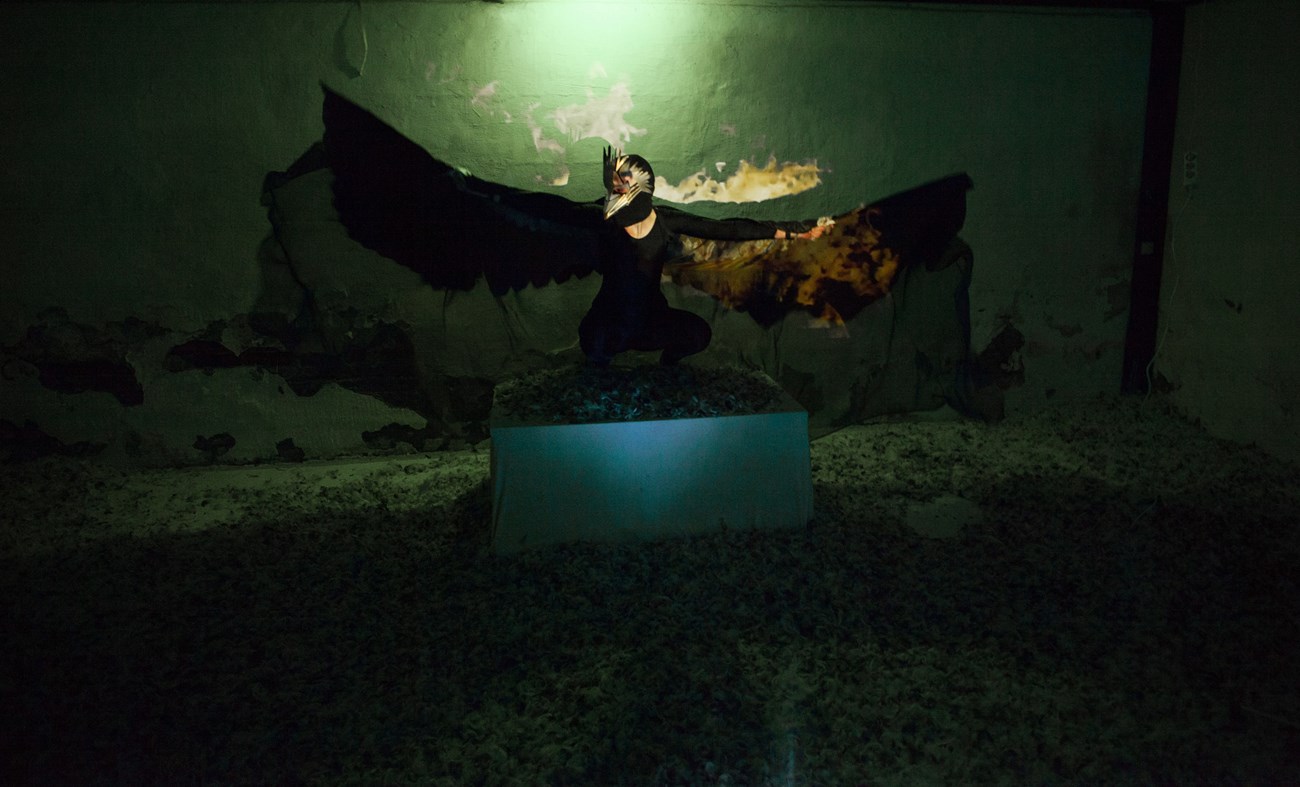 Based on traditional Punch and Judy, my set draws upon older styles of puppets. Includes, Punch Judy, Clown, Toby, Ghost Devil and Policeman. The puppets and booths act as props for installations and photographic tableau. Photographs taken early 2016. 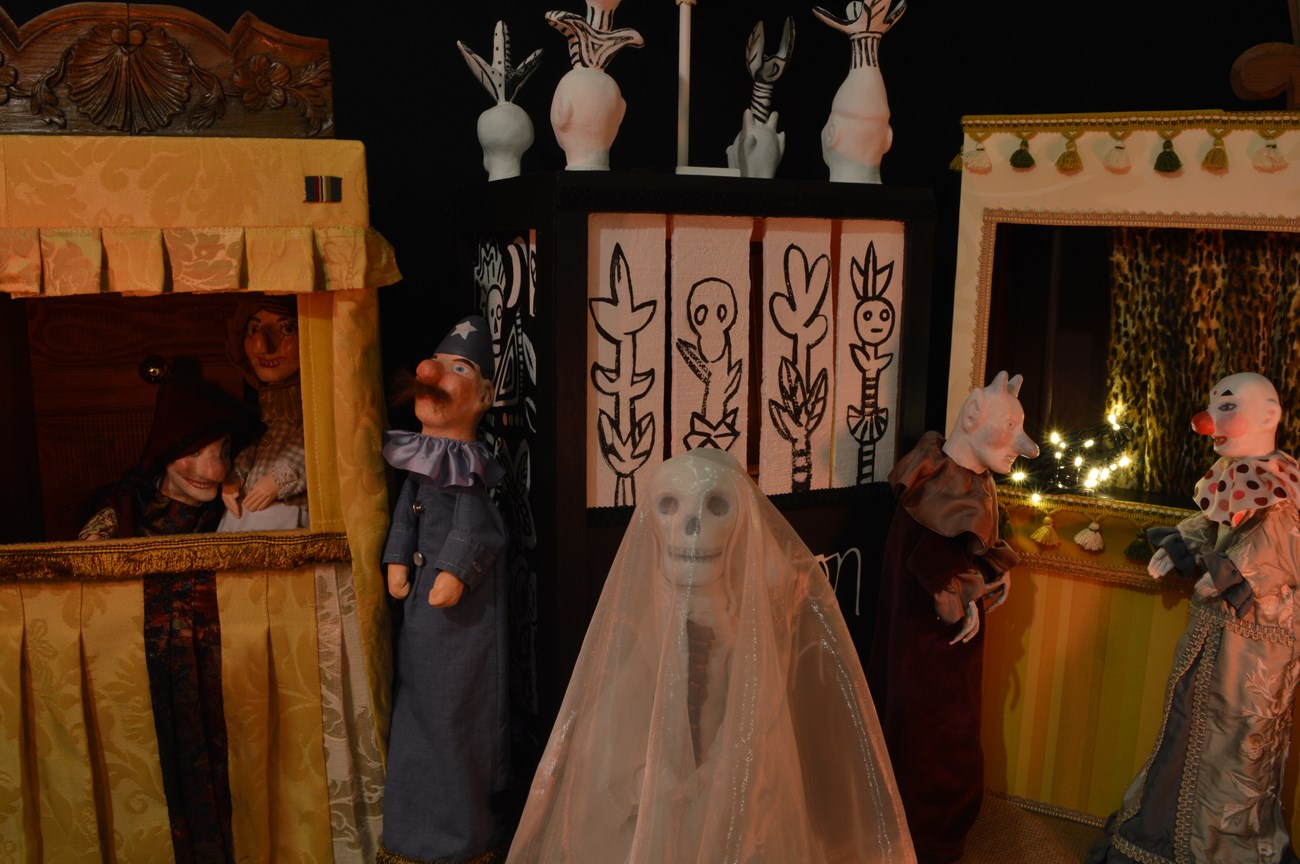 The yet-to-beinitiated invited to the throng of goblin, rat, skeleton chimaera, others - the princess, fay, hopeful new-comer in her best attire; from remembered childhood associations... 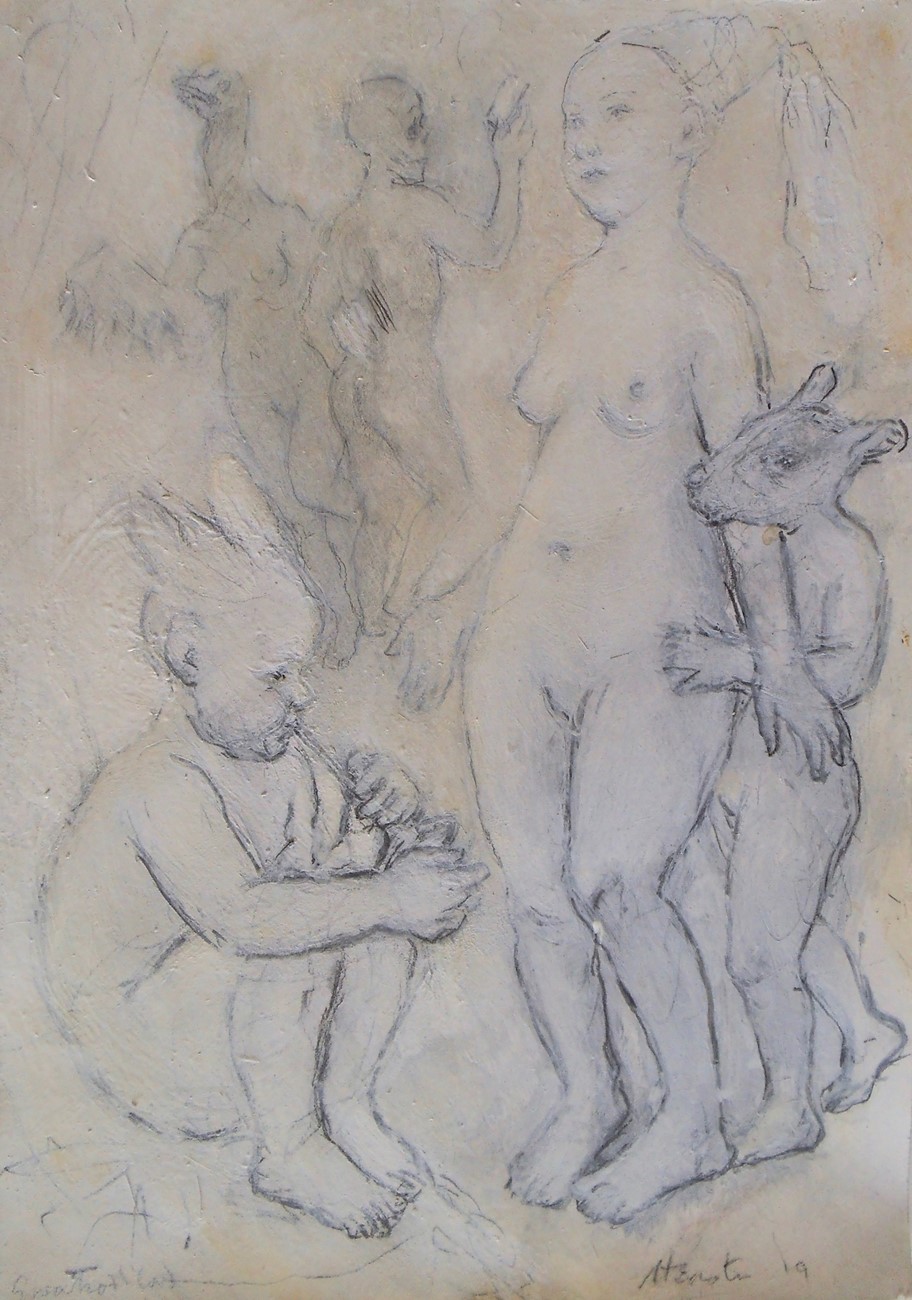 Marion 2018 is about how women gained power in the middle ages through visions. It is a portrayal of mystic, overcome by a vision of Venus Maria (my own amalgamation of the various Mother goddesses through history). The title Marion is a diminution of Mary: little Mary, and also a reference to its Marionette form. Its scale is based on my own body.

It was shown in Good and Bad Government at Thames-side Studios Gallery in April 2018. This was a group show with Franks Creber, Michael Johnson, Andrea McLean and Timothy Hyman. I was considering Good and Bad Government in relation to this show during the Me Too campaign. I wondered how women managed to find a voice during the 1300s. They were unable to sit on the Council of Nine, how did they compensate? The Virtues in Lorenzetti's fresco are nearly all female. The city was dedicated many times to The Virgin Mary, and her cloak was felt to be symbolised by the city's walls, and even in the unusual shape of the piazza in front of the Palazzo Publico where governing decisions were made.

Some women managed to achieve powerful positions. These were either by marriage or inheritance. But as women in their own right some became influential through their gifts as 'messengers of God'. Hildegard of Bingen, 1098-1179 a famous mystic, scholar, scientist, composer and and monasteries was one example. Catherine of Sienna 1347-1380, was another. Like Hildegard she started to have visions from a very young age. She was the 23rd of 25 children. At five years old she had a vision of Christ and was transfixed on the spot. She continued to have visions and spoke about them. She was a lively child and at sixteen refused to marry her sister's widower, cutting off her long hair to make herself unattractive.

She became a nun, experienced a mystical marriage and the stigmata. She was recognised by Pope Gregory XI who was residing in Avignon during a papal schism, and she became an important influence on him and lobbyist for him, writing hundreds of letters, eventually manoeuvring to have him returned to Rome. She then became a papal emissary, a rare position for a nun, and advocate for Pope Urban VI when he succeeded Gregory. She founded a women's monastery outside of Siena, and learnt to write which resulted in The Dialogues which were insights from and descriptions of her ecstasies.

With many thanks to Lydia Julien. 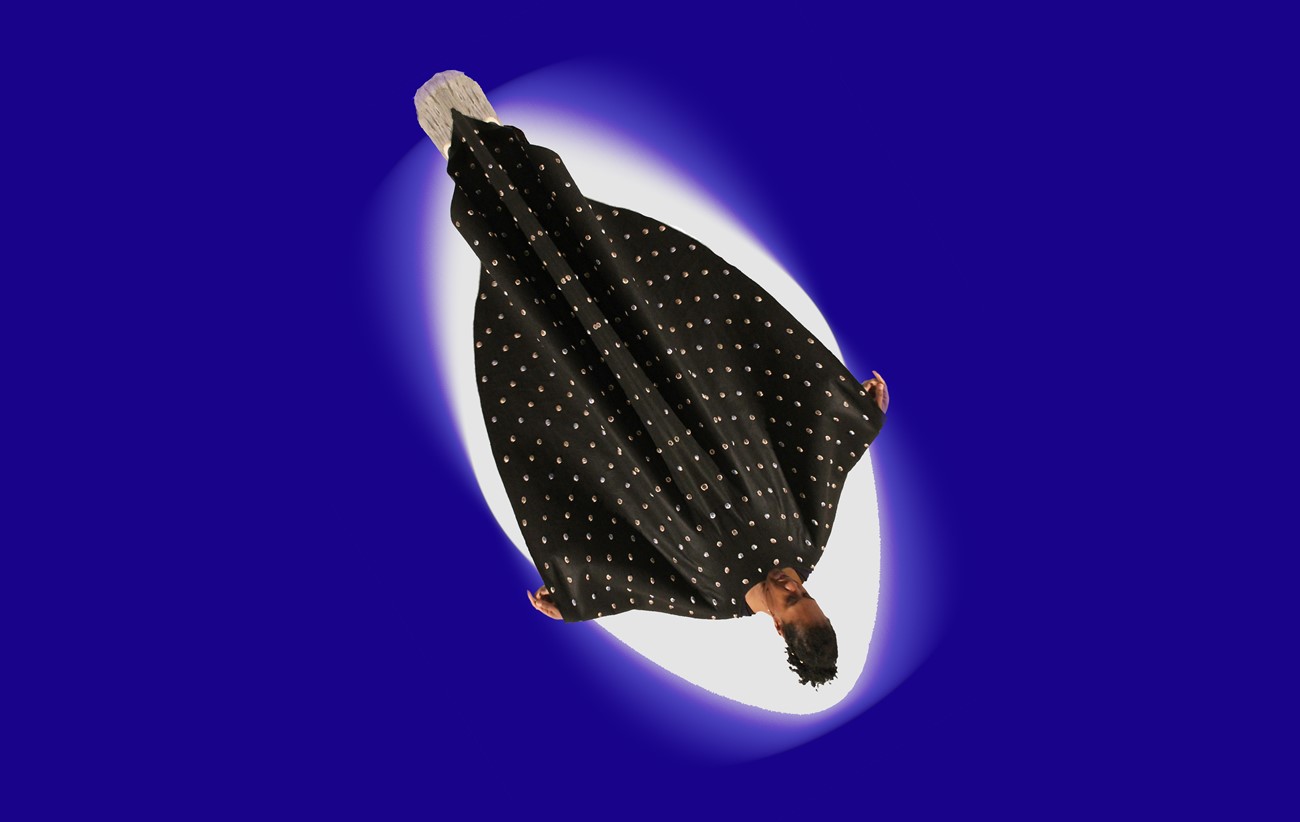 Everyone in the Sister Circus has run from something - family, love, the law, but for all it is personal. In the circus they have found a home, friendship and solace, and discovered plenty more in the meantime. They may not be blood sisters, but they have adopted each other in a firm bond of sisterhood. 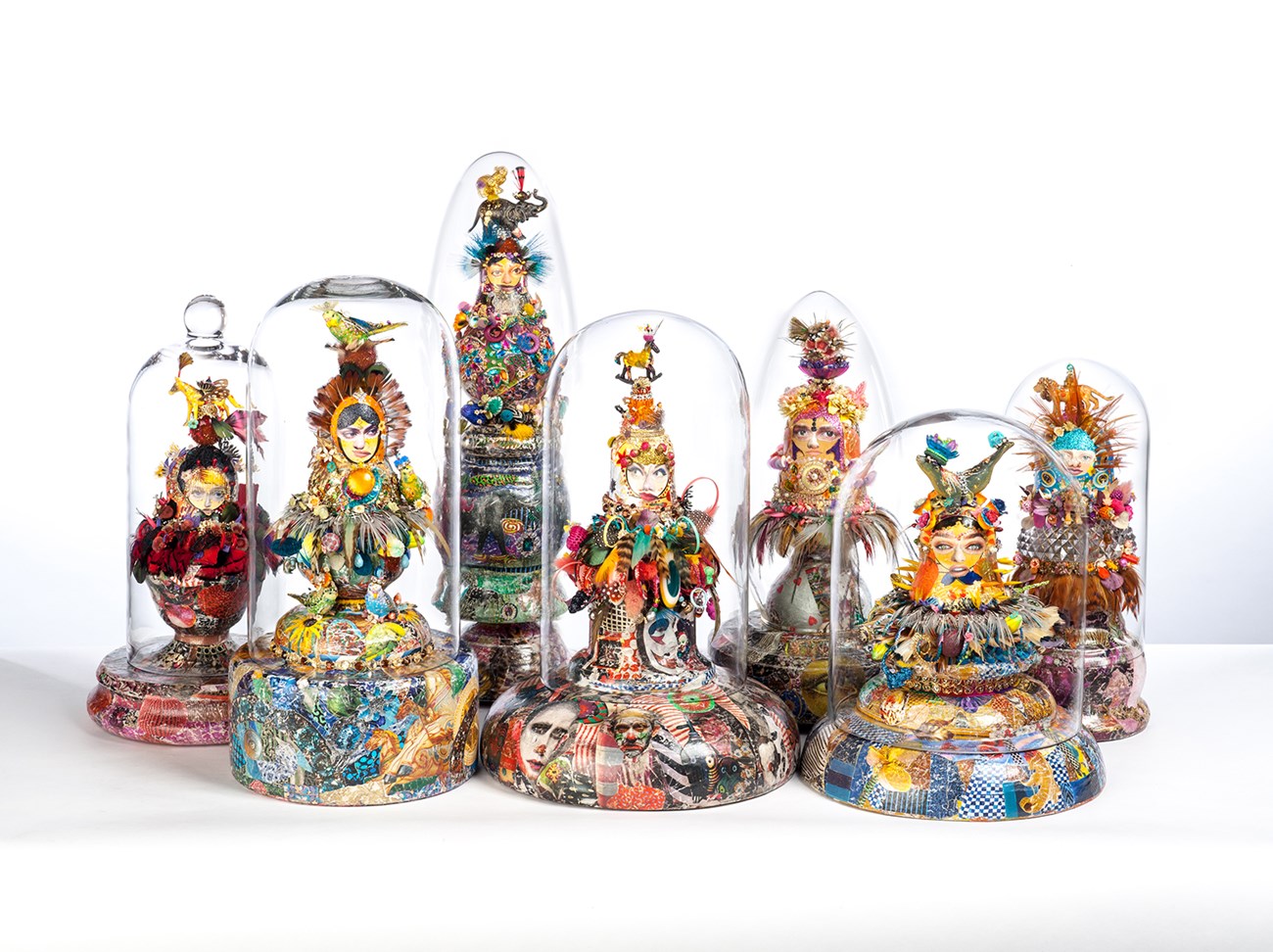