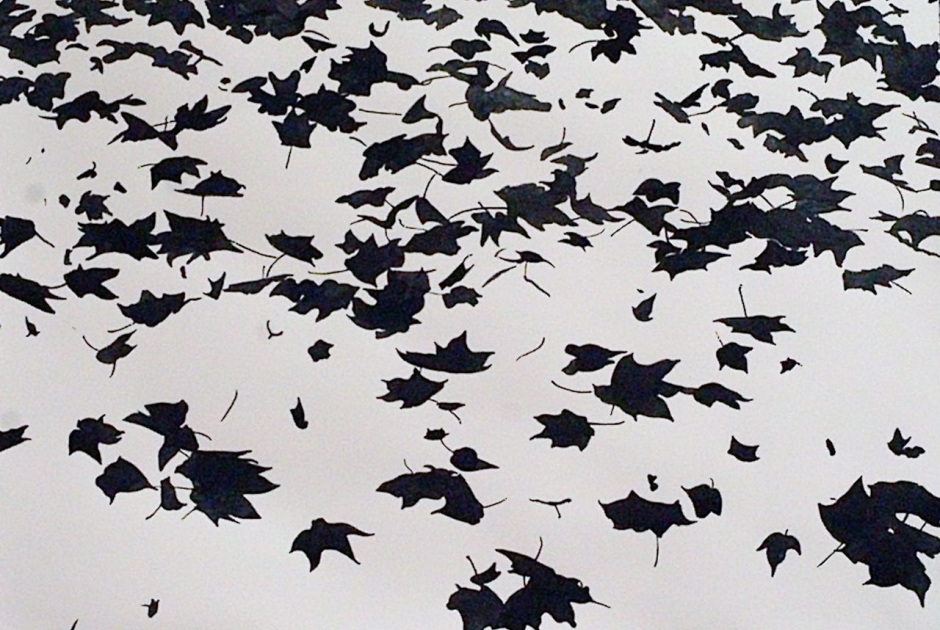 Sarah Shalgosky, curator at the University of Warwick, profiles London-based artist Sue Arrowsmith, whose recent works use natural forms as motifs through which to explore painting and drawing.

Sue Arrowsmith’s work first attracted critical attention with a series of incredibly sensitive drawings. At first glance, they seem to derive from a minimalist impulse, featuring innumerable, delicately drawn parallel lines that move across the surface of the paper in unnerving proximity. Gradually, the viewer tunes into the nano variations that assert the constantly shifting weight of the artist’s hand. These infinite gradations of tone construct an optical shimmer across the work. Something of the endurance of making is replicated by the viewer as their eyes are drawn to retrace the movement of the artist’s hand.

Arrowsmith's work addresses the tension between avoidance of the pictorial and the act of making a representation of space and time. Lines are abstract and yet they still possess character. They evoke changes in the artist’s physical state and mood as the drawing progresses, variations in the application of the medium and its absorption by the paper, the shifts in the direction of light as the days pass. The drawing is evidence of a situation, mediated and reformed into art, simultaneously performative, commemorative and analytic.

Arrowsmith acknowledges an interest in the work of Agnes Martin, recognising a similar delight in the concision of a single line.

Nonetheless, she recounts how one day in the studio, she found herself looking at the spatter of rain across the window and noting that however random the gust of wind and amount of water in the air, the raindrops consistently shaped themselves into the same pattern across the glass.

She reached for her camera and photographed the image. Rather than continuing to explore the minimalist grid, Arrowsmith projected the image of the rain onto a large sheet of paper and drew around each individual form with a single line.

The location of the raindrops across the surface is determined by the laws of physics and the nature of chemical bonds, and the random shot confirmed Arrowsmith’s rejection of a constructed pictorial arrangement, leaving her free to concentrate on the autonomy of the marks that she creates.

Kenneth Martin noted that ’in the work of art, scale is more important than size‘.

Arrowsmith constantly varies the scale of her subjects – none replicate their exact original size. Working from projected photographs of the natural world: fallen leaves, blades of grass, a tapestry of pine needles, she adjusts the scale of the image so that the forms are accommodated to the size of her hand and the marks it can make in a single movement.

In that sense, her scale is consistent across entire series of works. The significance of this alignment of the scale of the marks to the stretch of her hand is amplified by the realisation that Arrowsmith never returns to a mark. Each is singular and complete, transcribing a succession of moments as they accumulate.

Arrowsmith refuses to adjust her work to accommodate any pictorial elements of the original photograph. Areas that are out-of-focus forms in the original image are outlined with the same needle sharp precision as the crisp contours in the foreground. There is no focal point and yet our ability to read the world around us relies on changes in focal depth. These works are attuned to cartography; they at once present a familiar image of the natural world to us and yet simultaneously demand that we use a different visual language to read it. Beguiled by nature, we are brought up sharply to recognise that this is an exquisite concoction of monochrome lines and marks across a surface.

Most recently, Arrowsmith has turned to painting. Still working in monochrome, she traces watercolour marks across broad white surfaces. Again, each leaf, stem or petal is a single mark, the weight of the tone comparable to the weight of her hand behind the brush. Arrowsmith's work retains a sense of the random glimpses that make up our experience of the world and reveals the processes of its assimilation.

Sue Arrowsmith (b. 1968, Manchester) has exhibited widely in the UK and Europe since graduating from Goldsmiths College, London in 1990 with a BA Hons Textiles degree. She was a prize-winner in both the John Moores Liverpool Exhibition 20 in 1997 and the Natwest Art Prize, London in 1998, and in 2010 was Artist in Residence at the Josef and Anni Albers Foundation, Connecticut, USA. She lives and works in London.

Sarah Shalgosky has been Curator at the University of Warwick since 1993. Given this context, her curatorial practice focuses on commissioning works of art for installation in academic departments and across the university landscape and developing relationships between artists and research centres. The Mead Gallery is part of the University. It is a white cube space and the programme is punctuated by exhibitions that examine ideas around abstract painting.