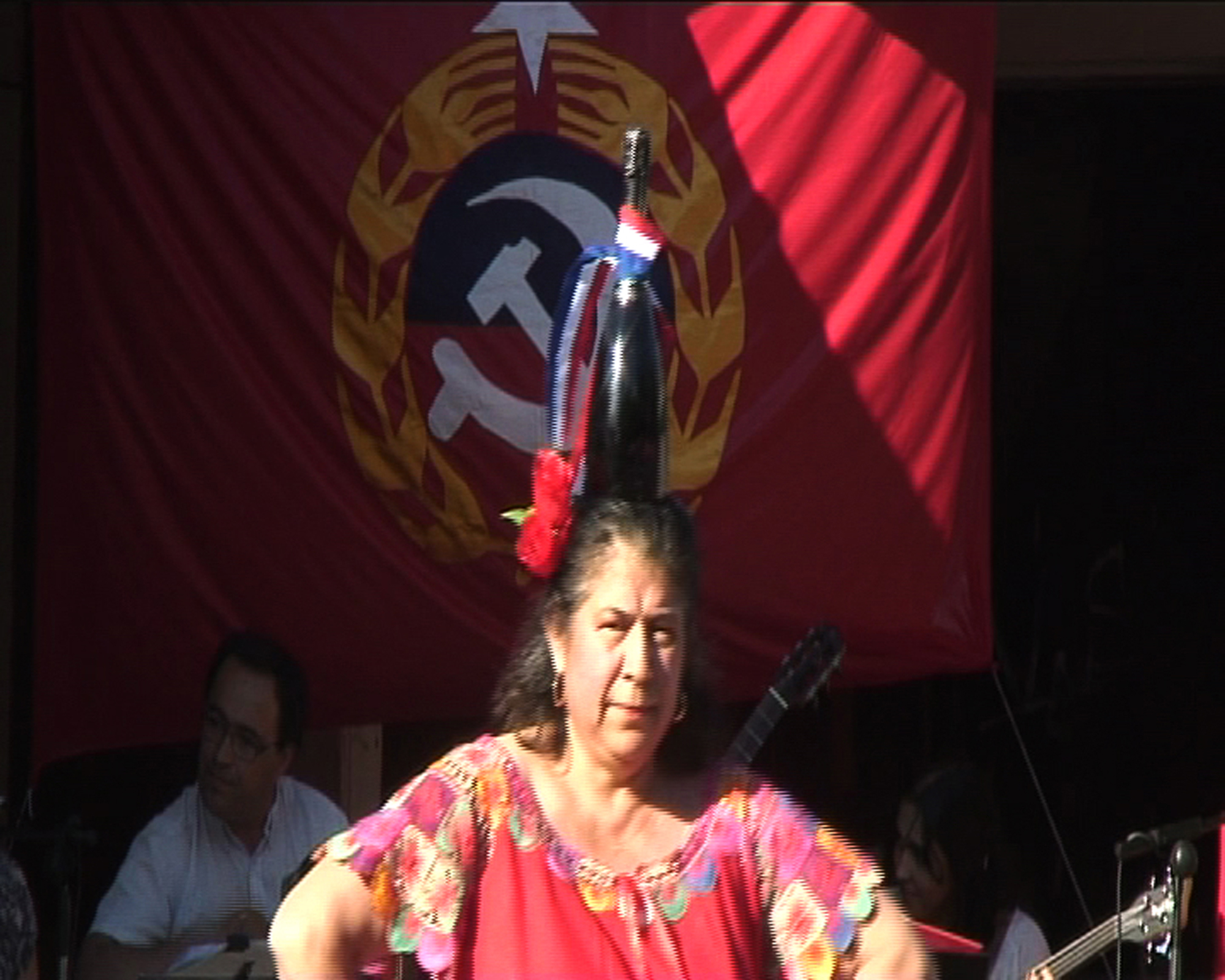 Phil Hession is an artist who works in performance and video. Born in Omagh in 1978, he is now based in Belfast. His practice explores the oral traditions of song and storytelling and presents these traditions in a contemporary manner. This is done predominantly through social and cultural exchanges, often taking the form of interviews or gatherings. These exchanges involve the documentation of song and story, and include teaching and learning traditional Irish song, and re-performing those songs within new contexts.

Hession completed the video work '...night rambling and sporting...' (2007) whilst on a two week residency in the Curfew tower in Cushendall, Co. Antrim. In the work Hession talked local singers into joining him in the tower to sing traditional songs, tell local stories and share personal perspectives. At the end of the residency the singers' 'performances' were re-played through speakers placed on the roof of the tower, their voices booming across the small village.

Hession is present throughout the video, though always off camera, not so much directing or narrating as instigating and hosting, his unassuming manner empowering his subjects. In turn the subjects convey a sense of the importance of passing on their version of the story. Seanchai is Irish for 'storyteller' or 'old talker': in Ireland a Seanchai wasn’t just what someone did, it was something someone was. This work explores the role of song and storytelling in collective versus individual memory. This is particularly relevant within the context of Northern Ireland, which remains a divided country. 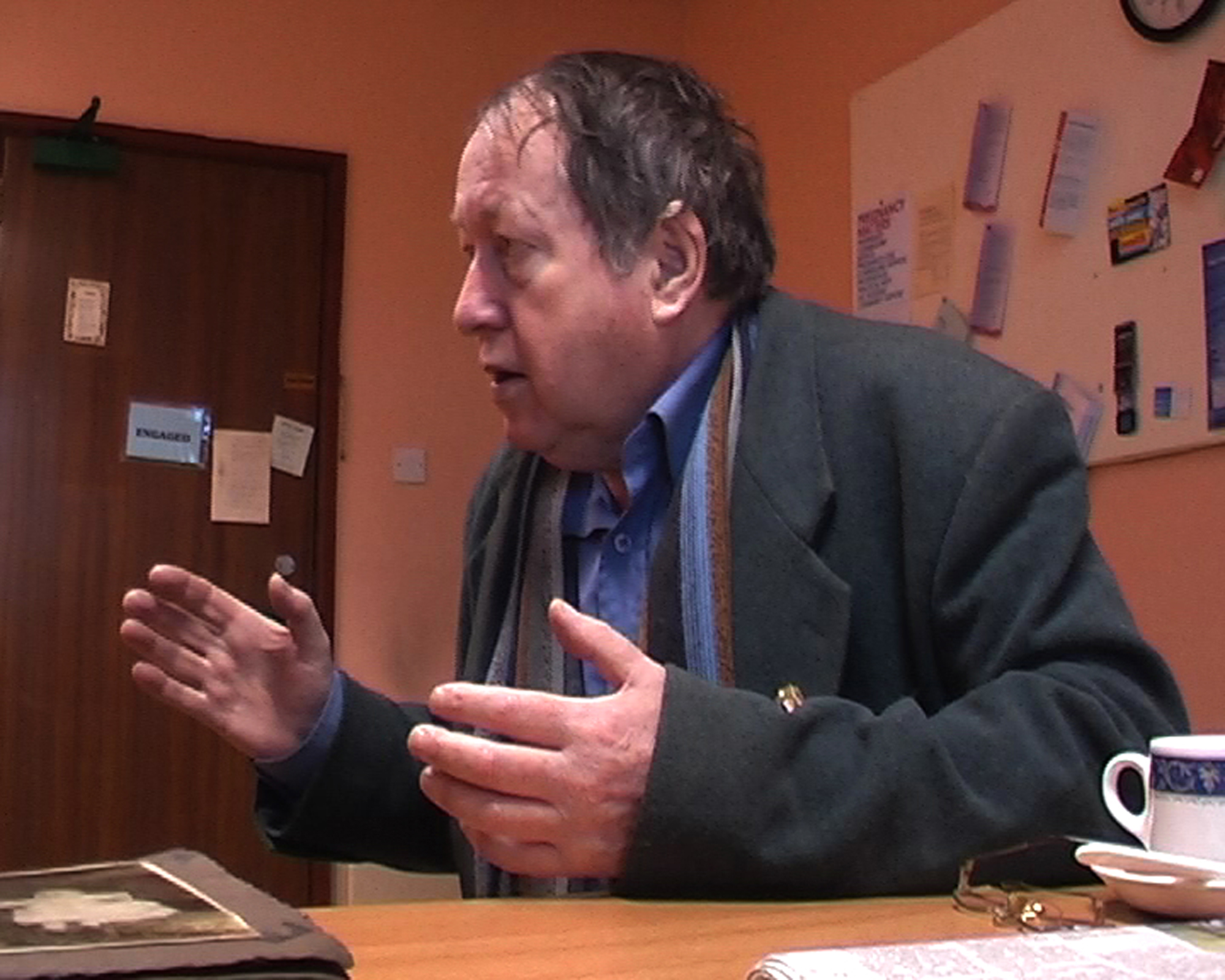 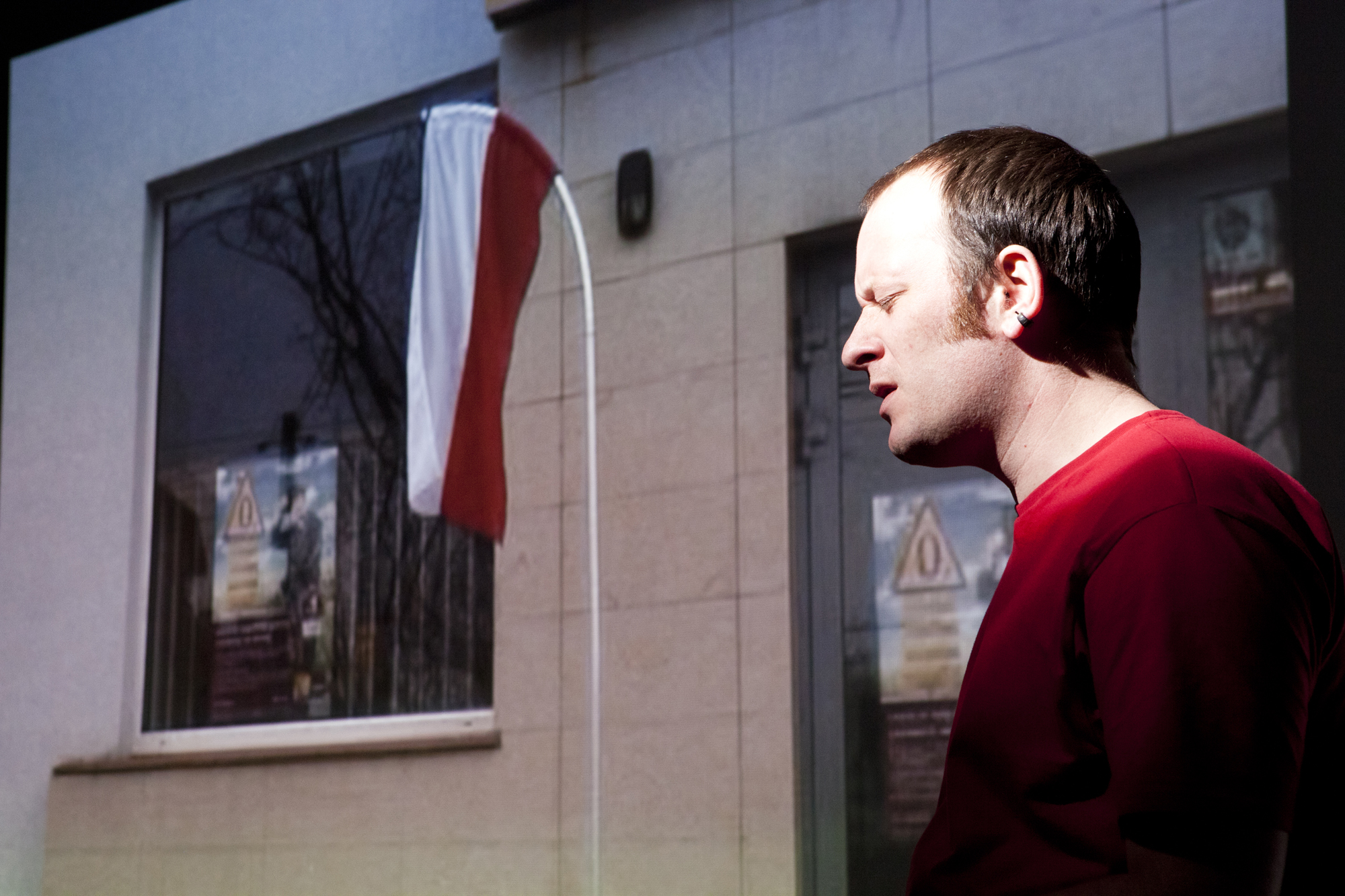 A part of the work shows a woman passionately testify to the unique nature of traditional song. She explains how it shares a collective 'local accent' unique to the region, which is significant in the portrayal of cultural identity. However the stories behind each song are subject to change, due to being passed from generation to generation, being altered from teller to teller and therefore only revealing versions of the story, calling the idea of truth into question.

In the video work '...a stranger I came...' (2010) the viewer is invited into the artist's process as he teaches an Irish traditional song to three Taiwanese students in Kaohsiung, Taiwan. Hession, in view alongside his students, adopts a non-hierarchical, organic approach, where the role of teacher and student is blurred as they work together to share and cross cultural and linguistic barriers. Hession's unassumingly passive approach encourages the participants to be comfortable, natural and open.

The song they are trying to learn is called 'The Banks of the Bann' and tells the story of unrequited love between a poor 'man' and a rich, forbidden and out-of-reach girl. The 'man' named Delaney dreams of marrying the out-of-reach girl and living with her on the banks of the Bann River where he first saw her. He knows this will never happen, as he has spent all his money on 'drinking and courting, night rambling and sporting'. This story of social divide is still relevant to this day, as the River Bann, at 80 miles the longest River in Northern Ireland, is often used as a dividing line between the eastern and western areas of Northern Ireland, labeled the 'Bann divide'. Towns, councils and businesses 'west of the Bann' are often seen as having less investment and government spending than those to the east. It is also seen as a religious, economic and political divide, with Catholics, Nationalists and Republicans being in the majority to the west, and Protestants and Unionists in the majority to the east. The divides for which Northern Ireland is renowned resemble those of Taiwan and make the cross-cultural links explored by Hession in this work all the more resonant.

This video work continues by showing a public performance by the students and the artist of the song, accompanied by a video projection of three of the subjects from '...night rambling and sporting...' and in so doing creates another cultural exchange between the Taiwanese students and the Cushendall-based singers and story tellers.

Hession presents private encounters as public spectacle, uncovering versions of histories through cultural exchange, re-presenting and re-working the songs and stories in contemporary contexts. In doing this, he creates new memories and new stories to tell.

Phil Hession is a visual artist working in performance and video. Hession was born in Omagh in 1978 and now lives and works in Belfast, Northern Ireland. He has recently completed residencies at The Banff Centre, Canada (Jan – March 2011) and Residence Botkyrka, Stockholm, Sweden (May – June 2011).

Since graduating with a BA in Fine Art from the University of Ulster in 2001 he has consistently exhibited video works and made performances, including: Elective Perspective, April 2010 (Video), Galeria Arsenal, Bialystok, Poland; ....a stranger I came.... Taiwan, March 2010 (Performance), KYU Art Centre, Kaohsiung, Taiwan; and Isolated, January 2009 (Video), Golden Thread Gallery, Belfast.

Phil Hession is represented by the Golden Thread Gallery, Belfast.

Gail Prentice is a writer born and based in Belfast. She has contributed to publications such as Visual Artists Ireland, (H)art International and Art Monthly. Gail Prentice was the Founding Director of the Golden Thread Gallery, Belfast in 1998 and as such she curated exhibitions featuring Phil Collins, Colin Darke, Susan MacWilliam, Aisling O’Beirn, Marjetica Portrc, Franc Purg and Peter Richards, to name a few. She then went on to work as Arts Officer for North Down Borough Council from 2001 to 2012, where she was responsible for developing the strategic and artistic vision for the Borough; including the curation of public art commissions and exhibitions. She was also Director of the established and critically acclaimed Aspects Irish Literature Festival, which attracted internationally renowned writers. She is currently Manager of Flax Art Studios, Belfast. Flax Art founded in 1989, provides space for 18 internationally renowned artists, it also has renowned graduate and international residency programmes and various projects, exchanges.