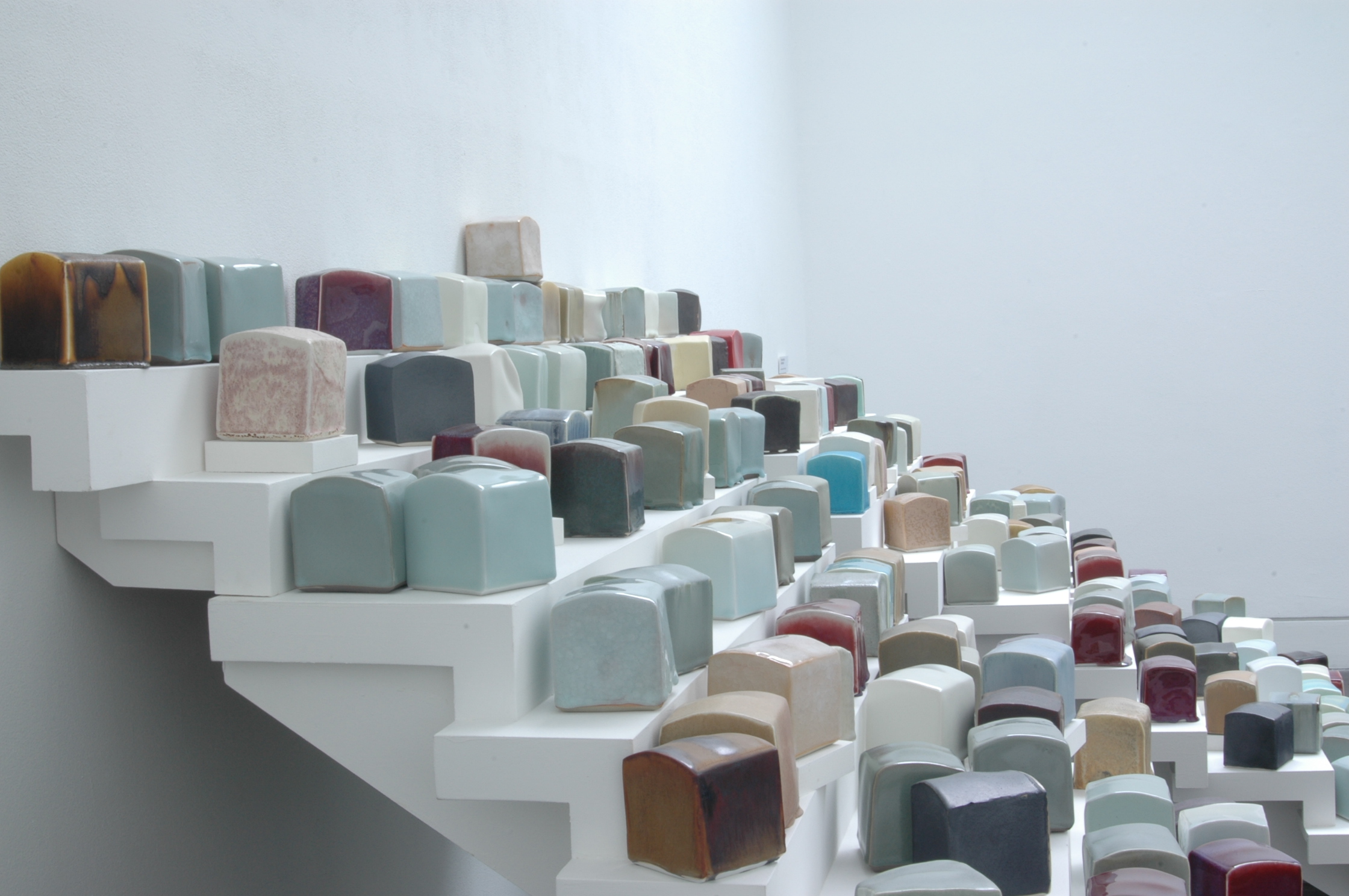 Surface and depth, void and substance, are paradoxical qualities intrinsic to the work of Emmanuel Boos, a ceramic artist who produces sculptural hollow forms that encompass such extraordinary contrasts. One of the curious qualities of a container is that it both holds and defines space whilst at the same time appearing to be empty – void of content. Void, however, does not indicate void of meaning, an aspect made evident by associating ‘void-ness’ with substance.

Equally provocative is the contrast between surface and depth. This is particularly associated with the qualities of glaze, a major aspect of the sculpture of artists who work with ceramics.

Like many other artists who take up work with clay, Boos abandoned a professional career, in his case it was management in the cinema industry, to pursue a vocation as a potter, electing to work for the classical ceramist, Jean Girel, where he remained for three years.

Among his other skills, Girel was renowned for the richness and diverse qualities of his glazes, which became a key starting point for Boos’s own investigation. He was particularly fascinated by the ability of a ceramic glaze to create the appearance of depth and Boos started to experiment with the way the surface can create illusionistic effects. He also explored its tactility to satisfy the sense of touch and as metaphor for the poetic, the way that its deep, floating appearance can tempt reverie and day dreams. 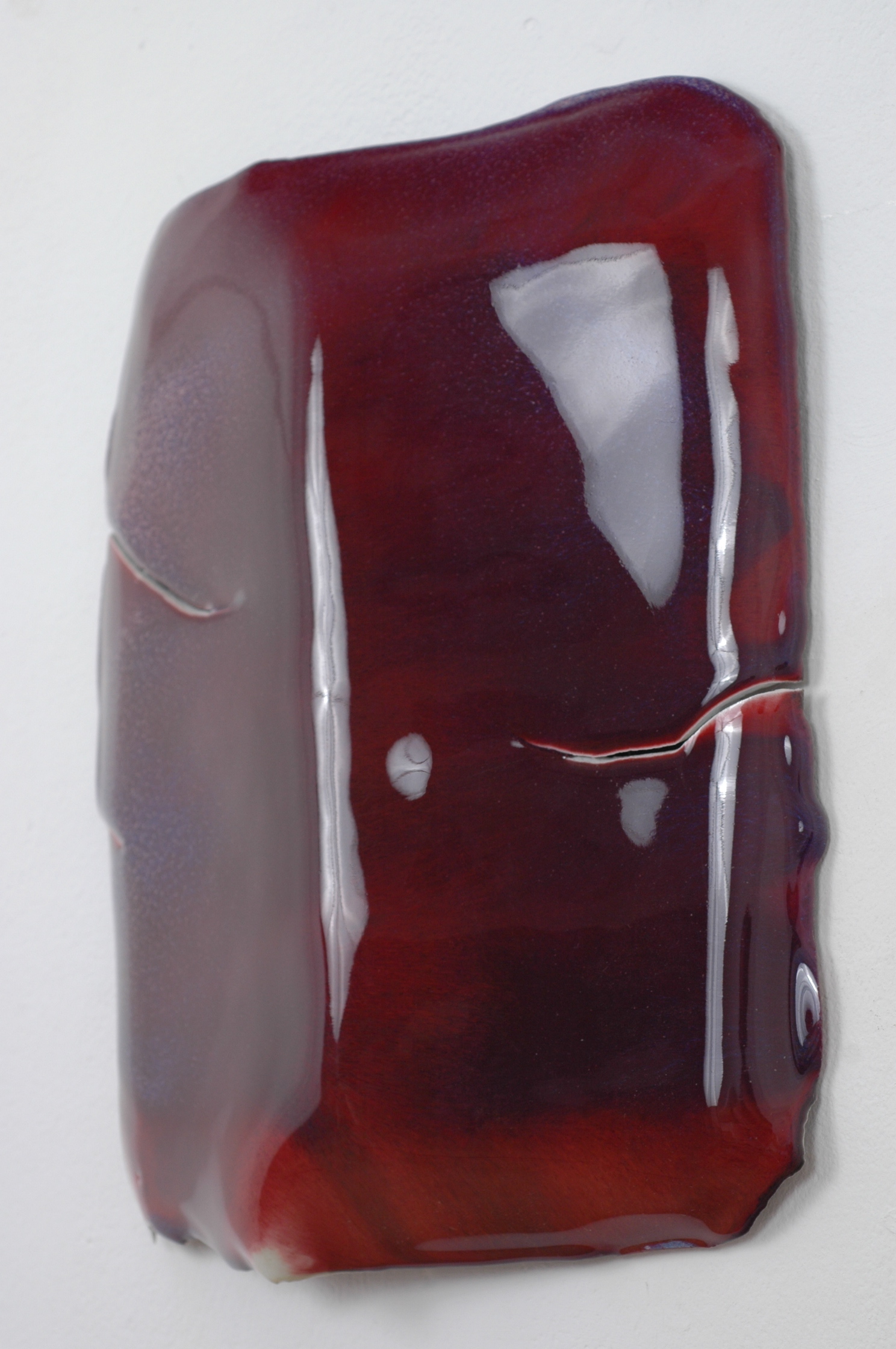 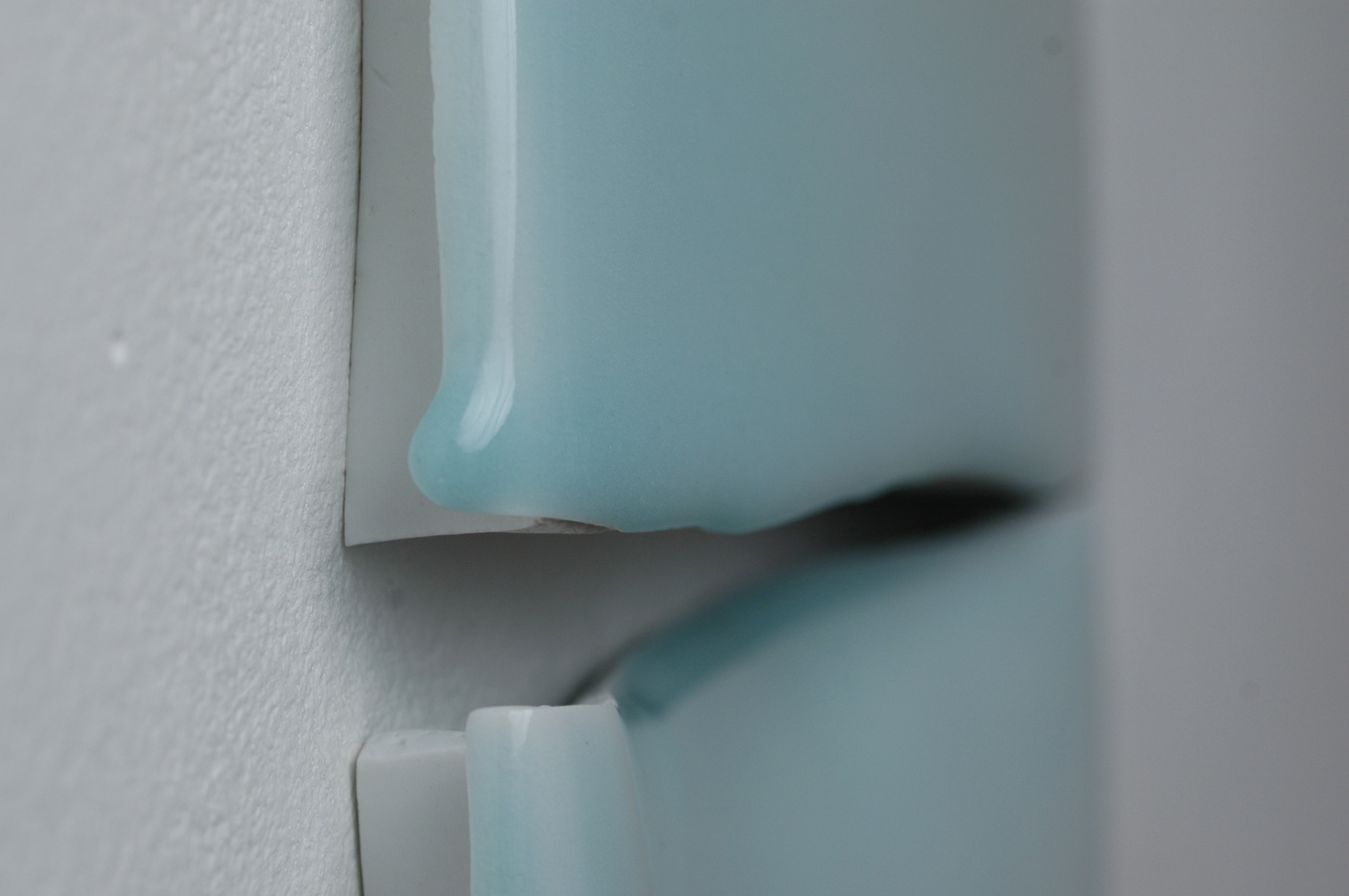 Initially Boos was attracted by the traditional glazes of Korea and China, in particular the so-called fish scale, which, with its overlapping ‘scales’ of translucent qualities, suggested perspectival depth rather than flat surface. Other ancient glazes such as celadons, with their pale greens, reminiscent of the qualities of jade, and the deep reds that, in addition to recalling the intense colour of blood, also have something of its flowing appearance, also caught Boos's eye.

Although Boos has devised some four hundred glazes, he also has a major concern with ceramic form, both as an object in its own right, and as conveyer of a glazed surface. The relationship of the glaze to the object can range from playful and unpredictable to quiet and dependable. But it is the object as a form as well as a carrier of glaze that holds our attention.

In his monumental 'Cobblestones' (2009-2011), Boos has created a work that consists of hundreds of pieces, all roughly the same shape, each of which recalls a miniature house approximately some ten cms in size. All have been affected by the firing, some slightly distorted, all with a different glaze, some matt, some mottled, others glossy and gleaming. Collectively they constitute a majestic exploration of pattern and repetition, individually each tempts thoughts about the interior, the colour and the surface depth.

While there is no obvious concern with the idea of the domestic in 'Cobblestones', this theme is taken up in other work. In 'Edge' (2009) a series of ceramic objects stands on a sloping shelf, appearing likely to slide off at any moment. Each piece seems to contain a domestic object – an electric kettle, an iron, a jug, a bunch of bananas – a sort of still-life that both conceals and reveals the things of everyday life. Thickly applied over the thick layer of clay, juicy glaze gave the objects a seductive quality, which incorporates an element of danger to these precipitously placed objects, adding to the multi-layering of meaning of these shadow-like forms.

In other work Boos has adopted a looser, more experimental approach in which he allows the clay to take on freer shapes. The resulting objects tend to be thinner, the forms approaching near flatness, pieces that can sit on a table or hang on the wall. Some of the abstract forms recall the curves and modulations of the body, others are more angular, sharper. During firing distortions or re-formations affect the shapes which not only slightly collapse but are affected by the flow of the glaze, some of which runs down to form drops at the edge, other pull the piece apart causing splits, almost as an act of violence.

When discussing his sculptures Emmanuel Boos rarely refer to ceramist artists, but the abstract work of artists such as Lucio Fontana, Agostino Bonalumi and Yves Klein, or architects like the Brutalists or Frank Gehry. Among their concerns are illusion, violence, colour, some carefully organised others more experimental, all qualities addressed by Boos in his sculptures.

In using clay in various ways, Boos discovers ‘beauty born of chance’, giving life and energy to his forms that can be both contemplative and provocative.

Emmanuel Boos (b. 1969, France) completed a Practice-led PhD 'The Poetics of Glazes. Ceramic Surface and the Perception of Depth' at the Royal College of Art in 2011.

Emmanuel Boos was one of the four laureates of the first Jerwood Makers Open in 2011. In 2008 he was awarded an Arts and Humanities Research Council Doctoral Award for his PhD project. He won the Grand Prix de la Création de la ville de Paris in 2005.

Emmanuel Cooper (1938-2012) OBE, PhD was a potter, writer, curator and broadcaster with an international reputation, noted especially for high-fired porcelain and stoneware. He was the founder and editor of the internationally acclaimed Ceramic Review. His work is included in many national collections including the Crafts Council and the Victoria and Albert Museum. He wrote an acclaimed biography of Bernard Leach and his biography on the distinguished potter Lucie Rie is published by Yale University Press.