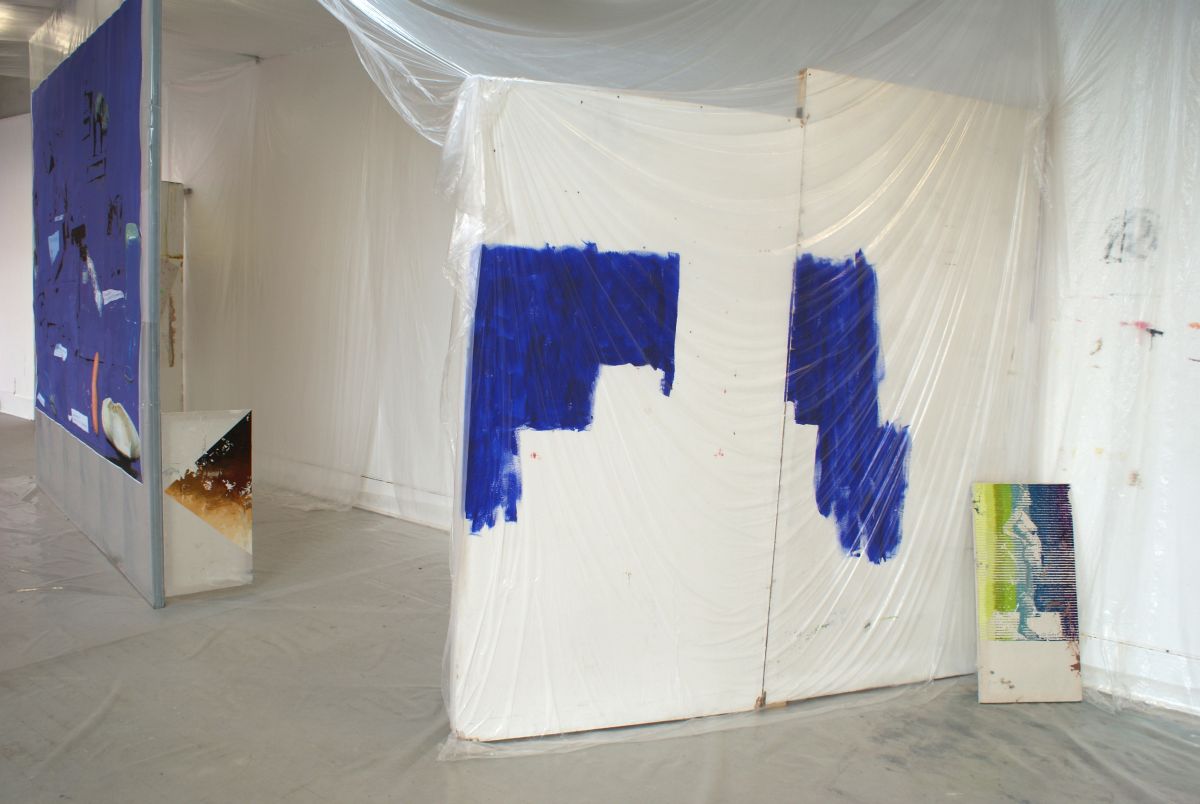 We break and remake images every day, selecting, collecting and storing some while discarding others. All of us look at images in different ways; a painting or ad might be scanned in a flash or carefully studied, inciting feelings of anger or profound sadness, or no feelings at all. Howsoever we might perceive anything visual, we remake what we see when we imperfectly remember the fragments or caricatures of the original. Perception and cognition are intimately tangled.

Many graduates from the MFA in Contemporary Practice at Edinburgh College of Art addressed concepts of visuality in their degree show, but Thomas Aitchison broke and remade images by making works that operated both as objects and images, as things with tangible material forms and things that featured a recognisable image or representation. Fellow graduate Tim Dodds and Aitchison presented their work together in 'Musée' (2014), an installation comprising found panels and steel frameworks covered in plastic sheeting which encouraged close looking. Setting the work apart from the institutional space of the academy, 'Musée' subverted the trope of slick degree show displays while undermining this prospect, doubly defying expectations. 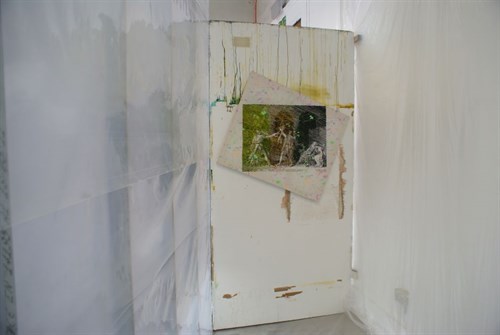 Aitchison brought together (and smashed apart) the conventionally distinct categories of art practice and the decorating trade, incorporating iconic images, found objects, traditional art materials and decorators' materials – oil paint, old decorators' dustsheets, printed fabric, digital prints and decorators' pyramids – to unsettle the idea that art practice and decorating operate as separate economies and fields of production. In 'Oath of the Horatii' (2014) and '3D Poetry' (2014), he transformed canonical images originating from the hands of Jacques-Louis David and William Aikman into abstract, fragmented but still recognisable reproductions on surfaces that bore traces of their use as decorators’ sheets. 'The Brown Scale' (2014) was a witty take on abstraction via the scales of colour theory, a pedagogical exercise of academic painting. All of the works were shown in unexpected positions: '3D Poetry' sat on decorators’ pyramids, 'Oath' hung askew against a panel with inverted paint dribbles and 'Nude' (2014) rested on the floor against a wall. 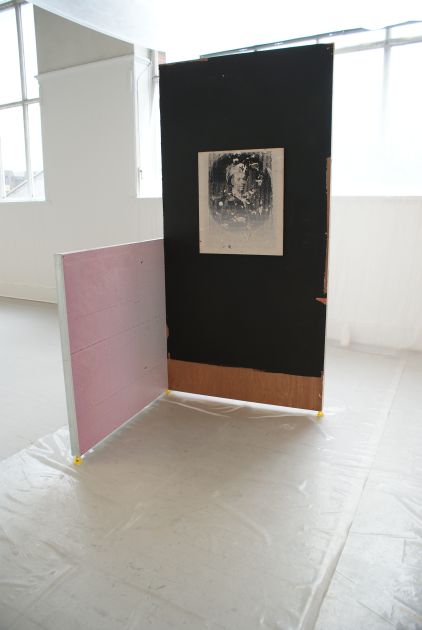 When Aitchison mixes materials and images and the conventions of display and decoration, he plays with what we see and what we know and think, and challenges the very notion of what constitutes art practice in relation to other forms of production. It seems to resonate with Robert Rauschenberg’s words: ‘A newspaper that you're not reading can be used for anything; and the same people didn't think it was immoral to wrap their garbage in newspaper. […] I think that’s a very positive use for a newspaper.’

Stacy Boldrick is Curator of Research and Interpretation at The Fruitmarket Gallery, Edinburgh. She co-curated with David Park and Paul Williamson Wonder: Painted Sculpture from Medieval England (Henry Moore Institute, 2002) and with Tabitha Barber Art under Attack: Histories of British Iconoclasm (Tate Britain, 2013). She writes about contemporary and medieval art and iconoclasm, most recently co-editing (with Leslie Brubaker and Richard Clay) and contributing to Striking Images: Iconoclasms Past and Present (Ashgate, 2013).