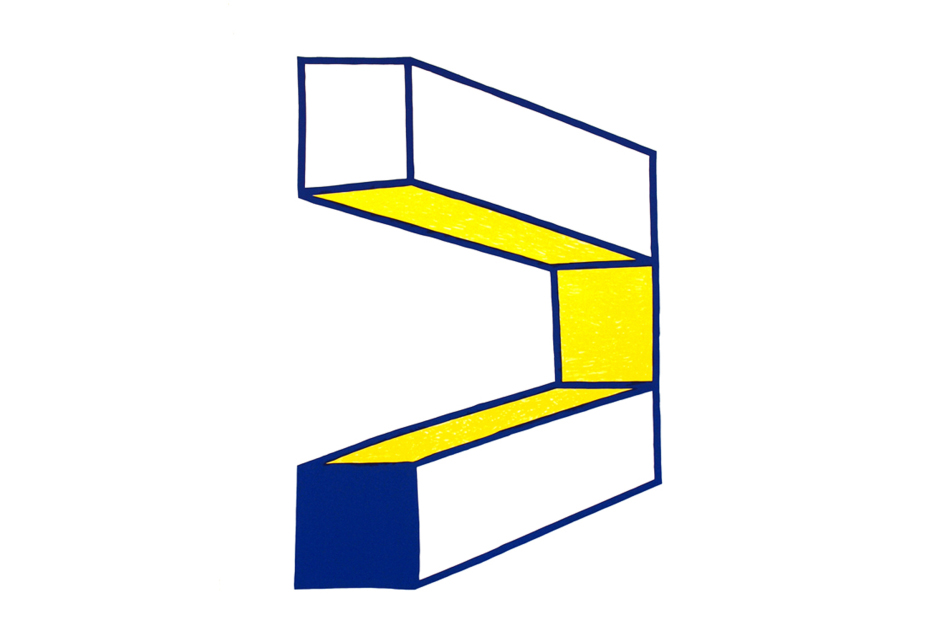 Selecting an Axis MAstar from over 90 RCA fine art graduates is a difficult task, which I’d liken to a speeded-up version of a curator’s day-to-day research. Normally a visit to a degree show would perhaps involve some quiet speculation on emerging trends and, for me at least, an interest in how the individual installations work as elements within a whole group show. The external challenge to pick out one voice from a polyphony of 91 others immediately puts each presentation in contention, necessitating a decision based not only how resolved the work is but also how far the artist has managed to define the singularity of their practice against the work of others around them. Of course, this is exactly what happens outside the protective walls of the academy, but the RCA, as perhaps one of the most professionalised of postgraduate schools (the opening had enough buzz to rival any art fair), sets the starting stakes high.

Needless to say, after three hours of looking, I was torn between four different artists’ work and struggled to evaluate the merits of performance next to peformative objects and tightly mastered draftsmanship against immersive installations. After a few attempts made in vain to follow up these artists’ work online, perhaps as any investor would do to see if their gut decision had legs, I kept coming back to a single image by Sofie Grevelius - quite literally, as I had unconsciously downloaded and saved the file as my screensaver. This intuitive act, I now realise, was a way of short-circuiting the decision-making process and quieting my inner voices ordering me simultaneously to ‘Sell! Sell!’ and to ‘Buy! Buy!’.

‘Stand 2012’ (2012) is a screen print of a simple line drawing made in yellow and blue on a white background. The sense of depth is axonometric, so not to scale, although there is a hint of Escher-like perceptual trickery. If you had to describe what the image depicts, it has a vague appearance of two sets of kitchen cabinets, without any doors. In a similar vein to the irrational steps I had taken to uncover it, what struck me was the image’s non-representational autonomy. Whereas language is designed to carry meaning in its repetition, as a set of signs reiterated in communication, this image appeared to break the link between the sign and its referent while still engaging my attention. Jacques Derrida theorised about the peformative quality of such non-signifying forms: ‘The force of the performance is thus not inherited from prior usage but issues forth precisely from its break with any and all prior usage. That break, that force of rupture, is the force of the peformative, beyond all question of truth and meaning.’ 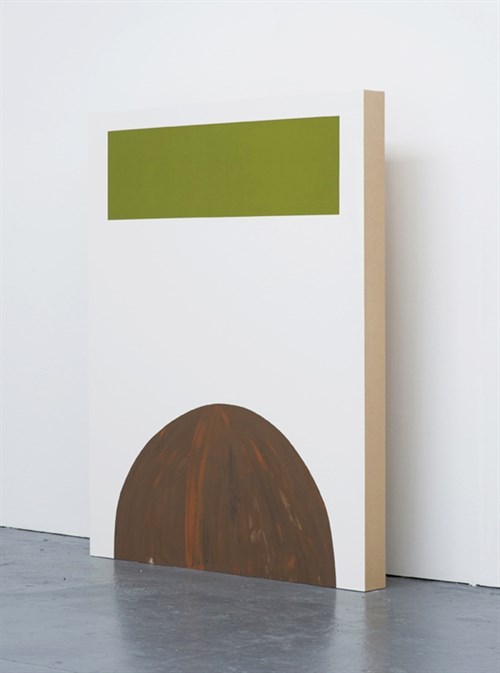 The measured expression of Grevelius’s drawing, its slight asymmetry and its straight but uneven lines, and the elusive sense of volume as the form alternates between a frame, a solid and the outline of something completely flat, sets up a shifting logic distinct from objective thought and language: the image offers a set of behaviours reflecting and absorbing our subjective responses as its compelling proposal. 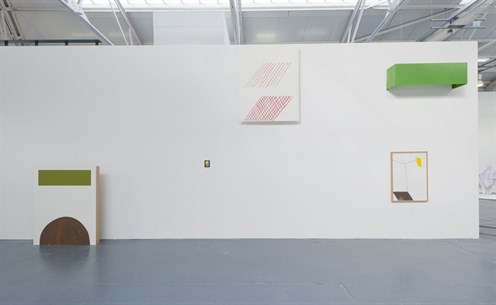 Another seemingly absurd work by Grevelius entitled ‘Horse tail/ Bus rail (Hold on London)’ (2011) reminds me of the arbitrariness of the road markings and boundary fences which guide our movements on the street, subconsciously reinforcing hierarchies between public and private space. I appreciated the fact that neither of these works was shown in the final show at RCA, and that the integrity of several artists’ work had inspired me to extend my research and to find work by Grevelius which also operated outside the gallery, online, in print and edging into the public realm - a sure indication that her work might indeed have the legs I was looking for.

Shama Khanna (born 1981, Nairobi) is a curator and writer based in London. She is the curator of the thematic programme at Oberhausen Film Festival 2013. Over the course of her career she has presented projects at Showroom, E:vent gallery, Tate and Lux/ ICA Biennial of Moving Image in London, Spike Island in Bristol, Iaspis in Umeå, Kunstverein Muenchen and with e-flux, Performa and P. S. 1 in New York City. She writes for Frieze and Mousse magazines as well as numerous independent publications. She teaches at Chelsea College, University of the Arts London and is a participant on the 2012/ 2013 Curatorlab at Konstfack, Stockholm.