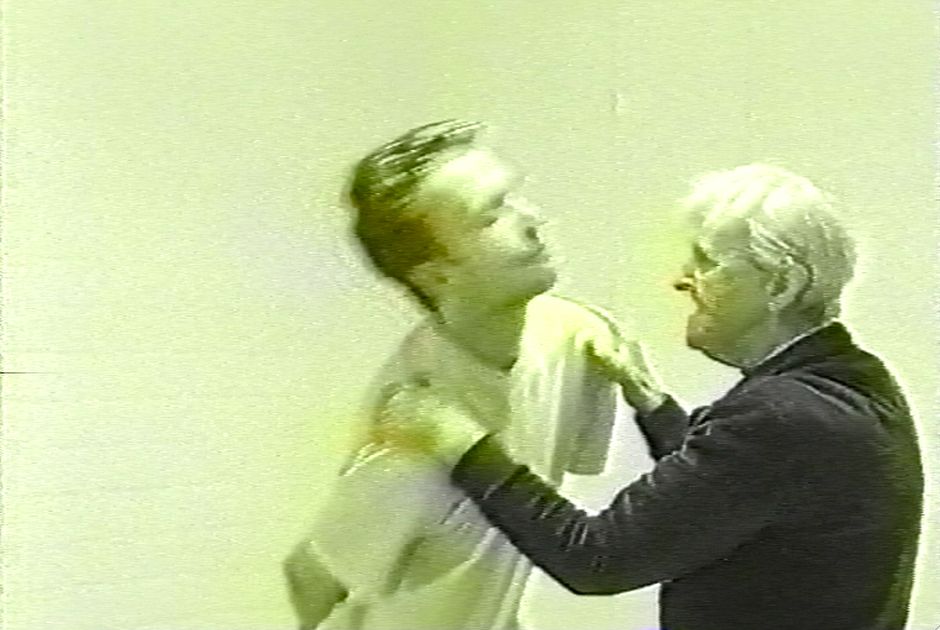 The weeks have passed since I first viewed 'Your gran is a proper hard nut' (2014) by artist and filmmaker Liam Healy, yet it still plays heavily on my mind. Projected on to the wall of a basement studio at Manchester School of Art, this short-looped film showed a young man being both physically and verbally abused by an elderly woman. It immediately initiates strong feelings of discomfort and unease in the viewer. This emotional response is then heightened further by the uncertainty of such intriguing imagery. Who are the two protagonists and what is their relationship to each other? Is it found footage or a carefully staged social interaction? What is the argument about? Such ambiguity lies at the heart of Healy’s video-making. The result is thoroughly compelling. 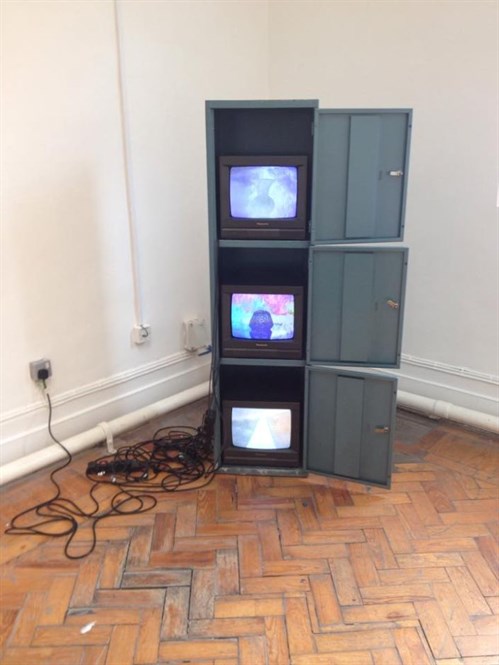 Healy’s second MA work, 'Spin locker' (2014), is a three-channel cycle through technology and paradise. A three-tier metal locker displays three colour monitors. Healy has mixed the imagery on the monitors from a wide variety of sources, combining footage from both digital and analogue devices including iPhones and old VHS camcorders. They provide Healy with a contemporary palette of different textures, tones and mood from which these ‘moving’ paintings are constructed.

Liam Healy’s work ranges from video installation to music video and has been featured on a range of websites including Vice, Spin, Dummy and HUH.

Kate Jesson is Curator: Exhibitions at Manchester Art Gallery. Her recent exhibitions include British Art between the Wars and Make every show like it’s your last by Ryan Gander.  She is Deputy Chair of the Board of Trustees of Castlefield Gallery, Manchester; a member of The Manchester Contemporary steering committee; a member of Grundy Art Gallery’s Exhibition Advisory Group and a member of the TOAST steering group too.