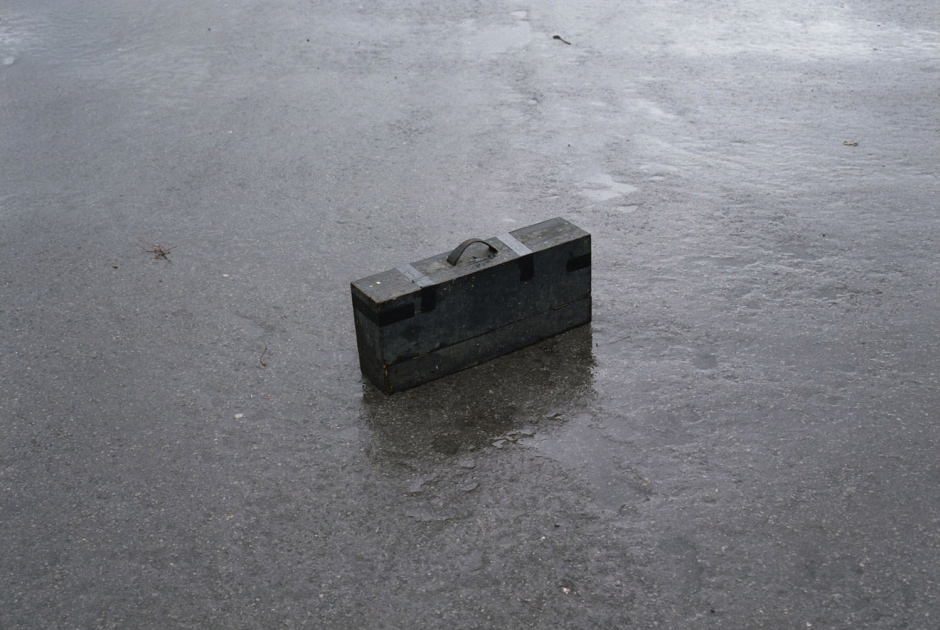 Freddy Griffiths’ work spreads across two walls of the MA space. Unrelated images, photographs of photographs, are linked and cross-referenced. A narrative starts to unfold as we navigate this set of images but it is fragmented and efforts at reading the images as a series, a statement or body of work are futile.

It is soon clear that we are looking for clues in the wrong places. It is not the suggested narrative within the images themselves that will take us further but a recognition of the physicality of the photograph. The work, it would appear, makes a play of the fabric of photographs: the dog-eared pieces of print that get passed around, handed down - or more often - sit together in paper wallets in series of 24 or 36 bundled together from the same point in time. The explosion of digital imagery that can be accessed online combined with the ease of instant sharing loses something of this analogue process. Perhaps loses is the wrong verb, but the high-street photographic print with its curved corners or specific paper stock that fixes it to a definite era had a different function. It is rarified, an icon of a point in time that is carried through to the present day. Of course there is nostalgia at work here, but nostalgia is a powerful force.

The layout and exhibition style is reminiscent of Wolfgang Tillmans and he is clearly an influence. The non-hierarchical arrangements of unframed photographs are casual seeming in both their subject matter and their dispensation around the walls: some small, some large, some close together in linear runs, some mounted high up, low down and, occasionally given solitary prominence. As in a musical score, the spaces in between the pictures became as important an element in their exhibition as the pictures themselves. There is a plurality of subject matter, just as there is in the style of the installation. Like Tillmans, Griffiths also appears to view the space as a site-specific installation, a responsive larger composition rather than a discrete set of photographs. But there are distinct differences between the two artists and this work feels like an homage rather than an imitation. 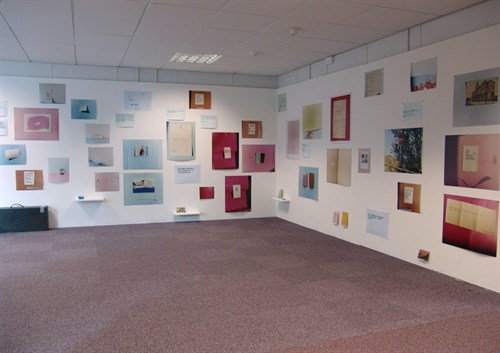 Griffiths’ images work on two levels simultaneously. The photographic print pictured against a coloured ground - sometimes painted wood or masonry, sometimes cracked Formica, rarely against standard studio copy-stand backdrops - creates a sculptural form from the prints: they have edges and shadows, they are not flat. Then by re-photographing these, he returns them to the accustomed flatness of that same medium. Photography’s transformation from ‘picture’ to ‘object’ is superbly demonstrated in these works. On one hand he elevates the throwaway snap as something worthy of re-presentation, and on the other he closes the gap between the two images, the snap and the constructed composition with his title ‘Coloured things on other coloured things’. 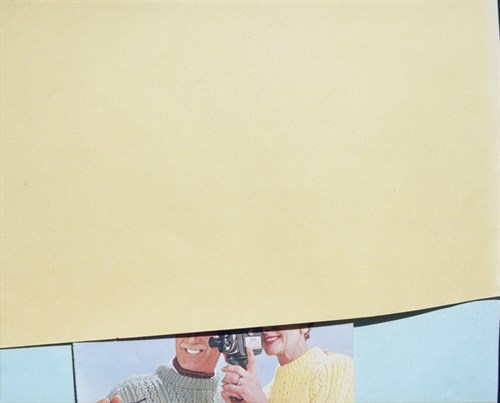 These titles again provide few narrative clues, but rather a detached and passing reference to the whole process. There is little said by Freddy, the over-structured statements that too often accompany MA work are absent. The little I can find confirms my thoughts on the work. He states that his research has led to an analysis of his status as author, in relation to experience of space and place. "I look at my work and want to know what the real narrative is, yet I know that it will never fully reveal itself to me. The work I have made moves only on the surface yet in all directions on a lateral plane. This movement is apart from me and defined by the subjective viewer." There is a quality in his approach, which does not close the door to possibility or multiple readings, that is generous. There is pleasure in the sense that we are not guided from a to b by this work, but sometimes back to the start.

Anthony Shapland was born in Pontypridd, South Wales 1971. He is one of a generation of artists that are actively engaged in the commission and presentation of work by other artists as well as continuing to produce work themselves. In 1998 he co-founded g39, an artist-run project based in the centre of Cardiff. During this time he has continued to produce work that has been exhibited nationally and internationally. He was profiled in the Contemporary Annual: 50 Emerging artists and had his first solo exhibition in Wales: Suddenly After A Long Silence at Chapter Cardiff in 2007. Recent group shows include Portrait (For a Screenplay) of Beth Harmon at Limoncello, London, Liste – The Young Art Fair in Basel with Tanya Leighton Gallery, and En Residencia at Laboral, Gijon Spain. He is a regular contributor to several magazines and online publications.