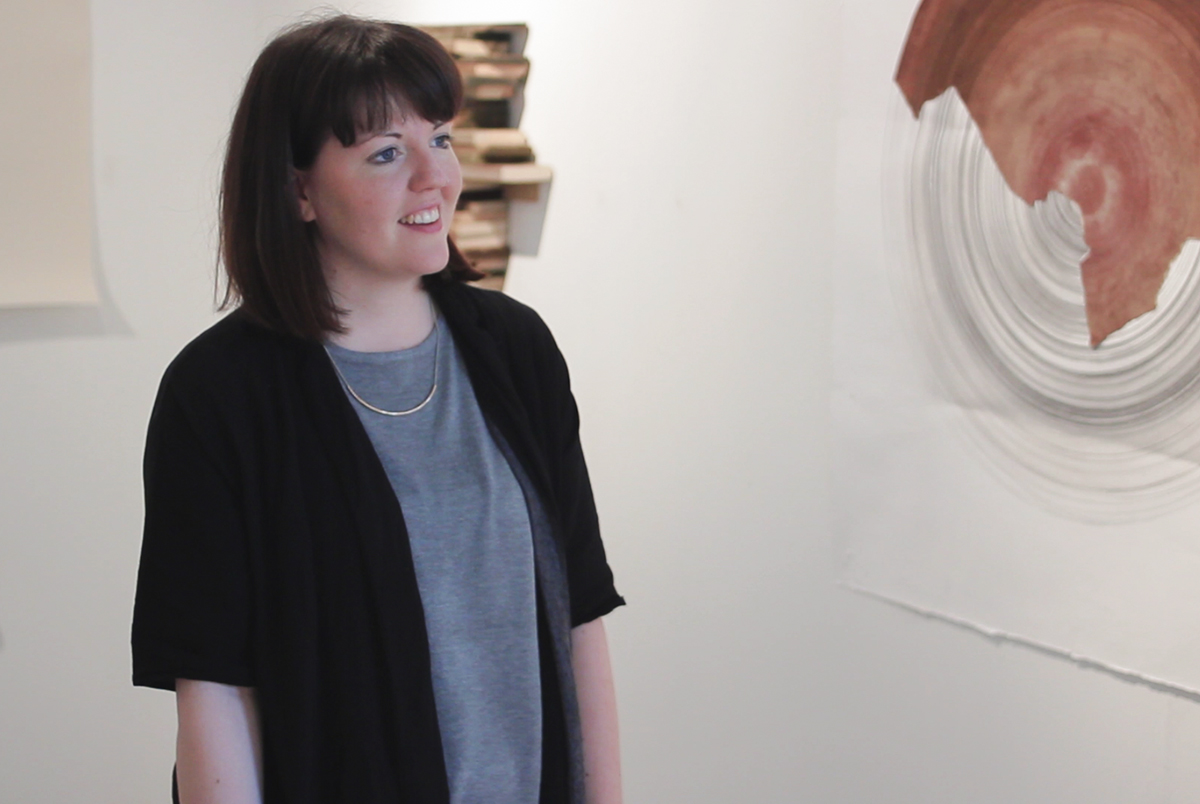 Our MAstars Film Prize gives one of our selected students the opportunity to appear in a short film and present their work online to a large professional audience.

This year's winner is Evelyn Broderick (MA Fine Art course at Liverpool John Moores University), whose gentle, repetitive and enquiring work made a deep impression on selector Emily Speed. We interviewed Evelyn in the Exhibition Research Centre at LJMU, where she talks her about her working methods and the projects she's been working on.

Each year we commission curators, writers and other art professionals to attend MA degree shows across the UK and select and write about one student who is then featured on MAstars. As a culmination of each year's selections, we choose one MAstar to receive the film prize and make a short film about them and their practice.