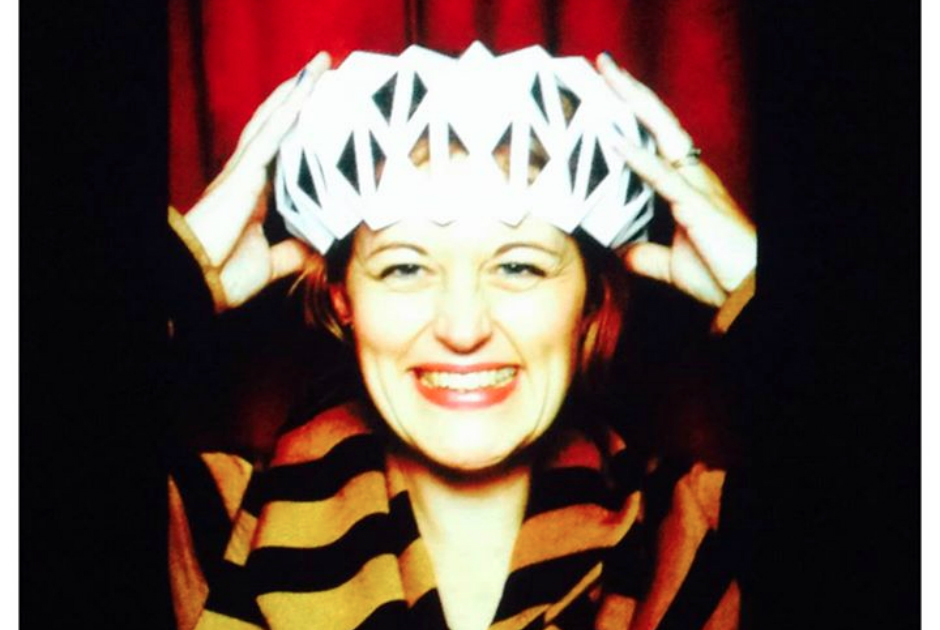 This month we talk to Dr Megan Smith about her upcoming festival, plankton and how working in Canada compares to the UK.

Tell us about the work you make. Is there a particular work or project that represents a turning point in your practice?

I’m interested in producing new location-based stories. I develop these narratives with various new media tools that shift from project to project in order to respond to the particular situation of the story. I often use syndicated data and geo-location, and since 2010 I have been working with arduinos, and the various peripherals that a physical computing platform enables.

Over the years, a couple of projects have influenced the course of future work and research. ‘pst! microCONTROL’ (2010) was the first piece of new media work that successfully blended my interests in geography, socially networked space and maker driven technologies into an installation piece. It was built while living in Leeds and has been shown in London, Oxford and Montpellier. It’s now defunct because the live open streaming it relied on from Twitter is no longer available. Through this piece, I became fascinated by the streams of real-time geo-located twitter updates that formed site-specific stories on each clock. Placing one city next to another relayed variations in languages, tonnes, and cultural nuances that also varied depending on the time of the day. This piece demonstrated a physical method to articulate networked social space and it also showed community within and across the streams. Using new artist tools and uncovering this method to show where local and global community exists and merge paved the path for future projects.

The second major influencer in my practice was Leeds Light Night. I partook as an artist in 2009. The nomadic nature of the mass-audience during that event helped me to understand the important role pop-up festivals play in providing a platform for new media artists to use the cityscape as a canvas and to work with audiences to develop and produce projects. The direct influence of this event is discussed further on.

So you studied your PhD in Leeds, but have since moved back to Canada, how do the two places compare in terms of art scenes?

I lived in the UK between 2002-2011. I did my Masters in Sculpture at Winchester School of Art – Southampton University, and then a PhD at Leeds Beckett University. In 2011, I moved back to Canada and settled near Ottawa/Gatineau where I developed and co-founded Nuit Blanche Ottawa+Gatineau with Ariane Nazroo. I now live in Regina, Canada where I am an Assistant Professor in Creative Technology within the Faculty of Fine Art at the University of Regina and I work between Ottawa and Regina.

As far as an art scene assessment between the two countries, this is very hard to compare. Population density in the UK paired with a rail system that connects all the centres and a landmass that can fit inside Canada 40 times definitely affect opportunities for research, collaboration, networking, celebration, etc. The ability to move around the country so swiftly was a thrill for me when I lived in the UK as well as the ability to extend into other European arts scenes with relative ease. But in this day and age I feel that the art scene is operating globally through the use of communication systems and nomadic practices.

In terms of variations and similarities in practice between the two countries, I am interested in education and funding models as well as artists’ rights to be paid. In the UK most universities work with open studio models throughout undergraduate degrees that lead up to a final project or exhibition, whereas in Canada, students take a specific range and number of credit courses to complete their degree. Financial support and better funding models are continuously discussed topics between the two countries as well as the constant movement by artists and programmers to press for fair artist fees crosses between both scenes. Until artists are no longer expected to work for free on a regular basis and we can raise artists’ gross personal income above the poverty line, both our communities need to keep on being vocal.

Tell us about the festival you co-founded in Canada, Nuit Blanche?

Nuit Blanche Ottawa+Gatineau is a one night per year, dusk-until-dawn celebration of multidisciplinary art and local culture that takes place across multiple venues and within the cityscape of the cities of Ottawa, ON and Gatineau, QC, in the national capital of Canada. For those experienced with the UK Light Night, the model in Ottawa/Gatineau is very similar. Having recently moved to the region in 2011 I was keen to get to know the local art scene and also professionally grappling with the issue of a global shortage of exhibition spaces and opportunities for artists working with new media. There are many factors that influence this scarcity, but among them is the time sensitive aspect of projects, which often have a short lifespan. The second is that as culture evolves participation-based practice is expanding and artists are increasingly in need of large audiences to test ideas, theories and projects. Nuit Blanche Ottawa+Gatineau has worked hard over the last four years to build a platform for projects that both engage critically with an annual theme but also engage in innovative ways with audiences and community. The event is attended by approximately 20 thousand people each year. The festival itself morphs each year to adapt for new practices, to test out new places in the city and to enable opportunity for artists to engage with the urban cityscape in very creative ways.

Which artists working at the moment are you interested in?

About the creation of work in each country, I continue to look to Furtherfield in the UK, as a source of inspiration and a haven of critical dialogue on current and new practice in the media arts. I am also currently interested in art coming out of the Syrian Refugee camps. In Canada, I am most inspired by art works that are unpacking the complexity of actions of indigenization, intercultural dialogue, and human resilience. ‘Moving Forward, Never Forgetting’ (2014) curated by David Garneau and Michelle Lavallée at the Mackenzie Art Gallery in Regina was one of the most mindful shows I have ever seen. A Tribe Called Red and Bear Witness are also building and blending critical dialogue with a culture of celebration in order to discuss and share wisdom on human rights conditions in Canada. They are addressing, through their music and art, detrimental miss-conceptions and injustices that need to be changed globally in order to become a better society.

What have you got coming up?

In the studio and beyond, I’m currently embarking on a new practice stream that I am dubbing: durational performance in physical computing. The terminology comes from a mash-up of language drawn from fine art and computer science that express the hybrid space that the work sits within. I have two projects so far in development in this series and they both use durational physical activity over extended periods of time as the artist tool to pierce through layers of the internet.

The first is ‘Riding Through Walls', where I will soon commence a cross-Canada expedition through Google Street-View from behind the bars of a stationary bike. This is an 18-month performance on my networked stationary bicycle that will propel me visually through Google map layers at pedalling speed. The performance will be broadcast via live stream on YouTube and Google. This physical endurance test and new media performance will become an archive of a contrived visual experience and a collection of human sensory data.

The creation of the piece is born from my research practice that is tied with DIY & Maker Culture and a desire to develop a real-time performance that could humanize the complexity of socially networked space through attempting to physically and metaphorically pierce through the internet. A series of images will be made during the performance using a Google Glass to document the visual journey and this technology will also be used in real-time to communicate with and engage with a public via a Google Hangout session, through Twitter updates, and through Facebook.

The other project is ADRIFT which stems from a research-creation residency called ‘Channel Surf’ done in June 2015 with the Department of Biological Flow. With a paddling caravan of artists we canoed 200km from Kingston, ON to Ottawa, ON over a 12-day period. Along the route I collected samples of zooplankton approximately every 10km. I then worked with the Pelling Lab at the University of Ottawa to photograph the samples under microscope. I’m currently developing a series of prints, with geo data and timestamps as well as an archive of the journey based on the social engagement experienced along the trip which led to the collection of the sample and the creation of the images.

The project can be found here.