Home Archive It's not fair: the London bias of arts funding

It's not fair: the London bias of arts funding 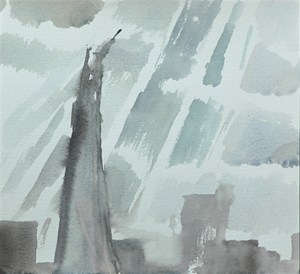 Why does the lion's share of arts funding go to London? Sheila McGregor considers the arguments.

On Radio 4 Today's programme the other day there were two interviews about the arts: the first with Adrian Vinken, Chief Executive of the Theatre Royal Plymouth, who put a strong case for the redistribution of arts funding in favour of the regions; the second was with Sir Peter Bazalgette, Chair of Arts Council England (ACE).

Bazalgette put up a spirited defence of ACE policy, arguing that investment in London has a 'trickle down' effect and that we ignore the big cultural institutions at our peril. He likes to talk about ' London and the regions', not 'London or the regions'. In what is rapidly becoming a new 'old chestnut' and alibi for an unfair status quo, he made the point that we can all now enjoy opera, ballet and theatre from the 'nationals' via live streaming at our local cinema. Thanks very much, you might be forgiven for thinking. It's hardly the same as experiencing the real thing.

This timely debate about the inequitable basis of arts funding has been sparked by a thoroughly researched and powerfully argued independent report by Christopher Gordon, David Powell and Peter Stark, which points out that central government spending per head on culture in London was nearly fifteen times greater than in the rest of England in 2012/13.

In the visual arts this debate has been given additional impetus by the publication of ArtReview's 'Power 100' - a list of the top 100 individuals who influence global trends in the world of contemporary art. (We didn't make it this year. Oh well!)

Editor Mark Rappolt's analysis of the list in the London Evening Standard argues that, with a handful of exceptions, London's curators, institutions and collectors are no longer the power-brokers they once were. Instead, the initiative has passed to the Middle and Far East, to Russia and to South America. Yet Rappolt also insists that London remains a 'city of international exchange', a shopping mall for the global élite where transactions and investments are made on a breathtaking scale.

Certainly as you step off the train at any of the big London stations, the signs of wealth and frenetic economic activity are all around you - in the towering cranes, the hubristic buildings and the humming service sector. Arriving from other parts of the country, you sometimes feel that you might as well be on another planet. My heart sinks as I watch the new extension to Tate Modern take shape. It's huge, it will cost a lot of money to run and it's happening in London. Again.

In a thoughtful post-script, Rappolt acknowledges that London's creativity is its greatest strength and that it emanates not from the top-end commercial galleries but from the smaller networks and project spaces elsewhere in London that support artists early on in their careers - the likes of South London Gallery, Chisenhale and artist-run initiatives in Peckham and the East End.

He's absolutely right about that. But these support networks don't begin and end in London. Indeed they're mostly not in London at all. Let's not forget that the formative process of selection, exposure and validation by which reputations are gradually made also happens in Plymouth, Derry and Dundee. All the more reason, then, to correct the current bias in arts funding and ensure a properly re-distributive use of public subsidy.