Home Archive In praise of the dilettante

In praise of the dilettante 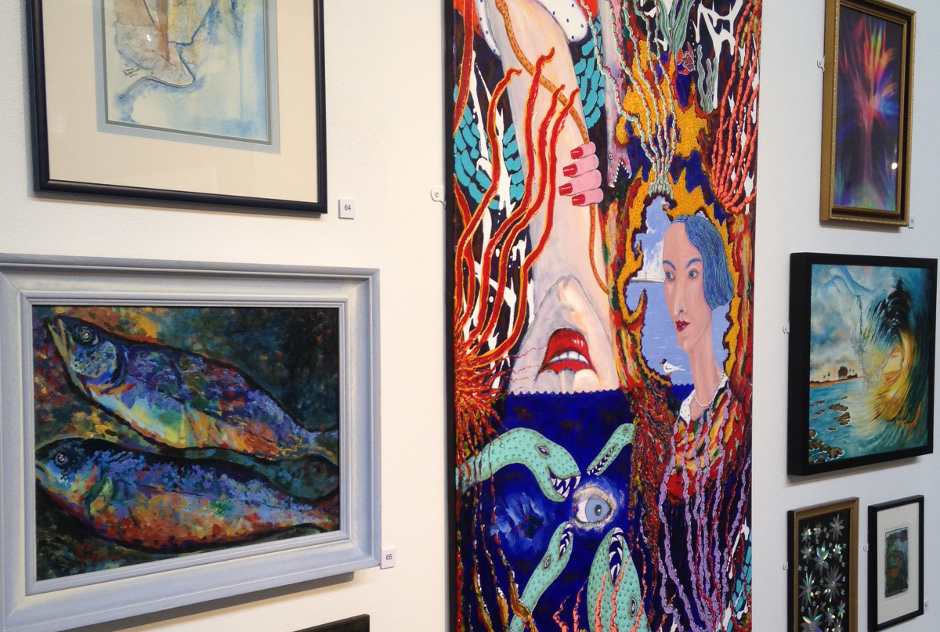 I recently had the pleasure of being one of the selectors for the Open Exhibition at 20-21 Visual Art Centre in Scunthorpe. This is the second time I've been on the selection panel for an Open and I admit freely that I love doing it. If there are any public galleries out there looking for an enthusiastic selector – here I am, please ask me.

I love selecting the work for open shows because I get to see so much art that doesn't look or feel like anything else. Most of the entrants are untrained or hobbyists so the work lacks the irony and anxiety of most contemporary art. This produces a huge variety of quality which I find both fascinating and confusing.

The whole process disrupts my judgement so much that by the end of the day I'm wondering if I know what's good any more. I've seen some stuff that is so good it's bad and some that is so bad it's good and I have had to shift gears and reconsider my ideas of quality, which is a critically liberating experience – I recommend you try it.

It's a great antidote to looking at so much bland, safe, fashionable art made by artists trying too hard to fit in - frozen by the neurosis of art world expectations and art school anxieties. Sometimes after walking around another exhibition or biennial where I've seen too much of this, I worry that I might snap and run amok, kicking over the potted plants and tearing down the digitally printed tapestries screaming 'WHERE IS THE LOVE?', but I'm usually too exhausted. 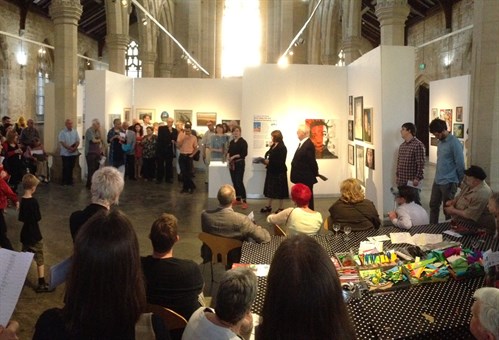 Dilettantism doesn't do this to me. It operates in another world; not the restricted bubble of art school trained contemporary art, but the many bubbles of real people using what they learned at school or at evening classes. The world of learning skills and techniques for personal enjoyment and making without irony or for the approval of people they've never met.

I used to be an art teacher so it gives me a lot of pleasure to see people who didn't go on to study art making things in their spare time and being artists in their own way. The amateur will make an extremely detailed drawing of Celene Dion or Tupac out of genuine affection (or obsession) rather than cool, 21st century irony. I like that - it used to be me before I became a 'real' artist.

I probably shouldn't romanticise these other artists as visionaries, it sounds a bit patronising, and I don't want to demonise art school education or reflective critical art that's about art - that's what I make and I love it when it's done well. The fact is these artists have their own set of rules, their own standards and no-one tells them what to do and I think as a professional contemporary artist, I'm a bit jealous.

Pleasure in making is underrated in contemporary art. We might scoff a bit at the earnestly drawn pet portrait or misty seascape but who cares what we think? They are making their art the way they want to make it, which is an attitude we should admire and promote, not dismiss as uncritical and therefore worthless. We might be much happier if we remembered what made us want to be artists in the first place. 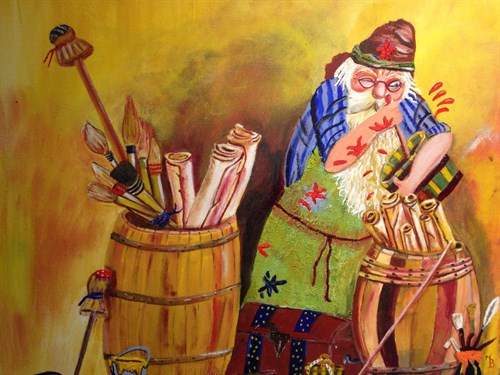 Anyway, the work that I and my fellow selector Dom Heffer chose for the exhibition, is really great. We had to say no to over 50% of the entries which was hard as there was such an amazing array of work to choose from, but I think we managed to represent the best of what we saw and showcased the exceptional creativity of this group of artists. We picked art from across the spectrum of processes and subjects, ranging from the classical, the conventional and the downright strange.

Among the prizewinners is a pet portrait. It is a beautiful line drawing that captures the personality and physical form of that breed of dog perfectly without being twee or sentimental. My favourite though is 'WORK ROOM' by Moira Barraclough. It didn't win any prizes, perhaps because it is a bit too bonkers (I've included a picture above, so judge for yourself) but it was the only artwork entered that was about making art.

It shows a painter in his studio furiously mixing paint with scrolls of paper and tools strewn all around. I think it's a good painting and so charming that I bought it which makes Moira Barraclough a professional now. Sorry Moira, I hope you won't stop enjoying what you do and start producing neo-faux-modernist prints.