Alicia Miller looks back on what has been a great summer for contemporary art in Wales and Venice.

Sorry for the rather long gap since my last blog. I got lost in the glorious summer we’ve been having. So much sun left me dazzled and lazy and now the summer’s rolling on all too quickly to an end.

It’s been a great one, however, kicking off with the Venice Biennale at the end of May. I had a quick but really enjoyable trip with Axisweb crew who were there putting together the Axisweb guides to Venice. The autumn is a really good time to visit the Biennale. The temperatures are cooler and it’s less crowded. I’d venture saying that this Biennale is a don’t miss for two things—Bedwyr Williams’s The Starry Messenger in the Wales Pavilion, of course, and the Encyclopaedic Palace, Biennale curator Masimiliano Giorno’s exhibition.

Williams has excelled himself creating a fun-house tour of weirdness in The Starry Messenger. Inspired by Galileo’s treatise of the same name and the terrazzo tiled floor of the Ludoteca Santa Maria Ausiliatrice (where the Wales Pavilion is), the piece explores the relationship between the domestic world in which we live and the cosmos that surrounds us. In his own inimitable way, Williams plays banality off wonder, cleverly turning the sublime into the ridiculous and reflecting it back on us. The installation is both funny and humble, as well as strange and fantastic.

The Encyclopaedic Palace is the most exciting exhibition I’ve been through in years, largely because I hadn’t seen so much of the artists’ work before. Giorno has an omnivorous eye for creative work which stretches far beyond the usual networks of contemporary art. As a result, many ‘regional’ artists, such as ceramicist and sculptor Ron Nagle—well known to me having grown up in the San Francisco Bay Area, but not an artist with an ‘international’ reputation—were included as well as artists who were self-taught. Giorno also resituated work from other contexts including blackboard diagrams of the philosopher and educationalist Rudolf Steiner, Carl Jung’s Red Book of watercolours and anonymous Tantric drawings to cite a few examples. Remarkably, the show is cohesive and meaningful, with more than 150 artists, and you will want to see every last inch of it.

The news of the summer has got to be appointment of the ever lovely Karen MacKinnon as the new director of Artes Mundi. I saw Karen in Venice shortly after her appointment was announced and she was distinctly chuffed to have the job. She is the first Welsh director to be appointed! But her move is leaving a big seat to fill at the Glynn Vivian where Karen worked for so many years to bring national attention to the regional programme.

Axisweb will be kicking off the autumn with a great roster of professional development events, so book now and don’t miss out. On 13 September, we’ll be finishing off the Out and Beyond programme with What to do next after graduation, a symposium in partnership with Cardiff Metropolitan and g39. Aimed at graduates, it looks at the realities of a creative career and offers practical advice on entering the professional world of contemporary art.

Two further seminars will focus on digital presence. Developing your digital footprint, on 17 September, helps arts organisations create engaging and affordable content for the web; and Developing an effective web presence in October looks at what artists need to be doing to effectively communicate their practice online. 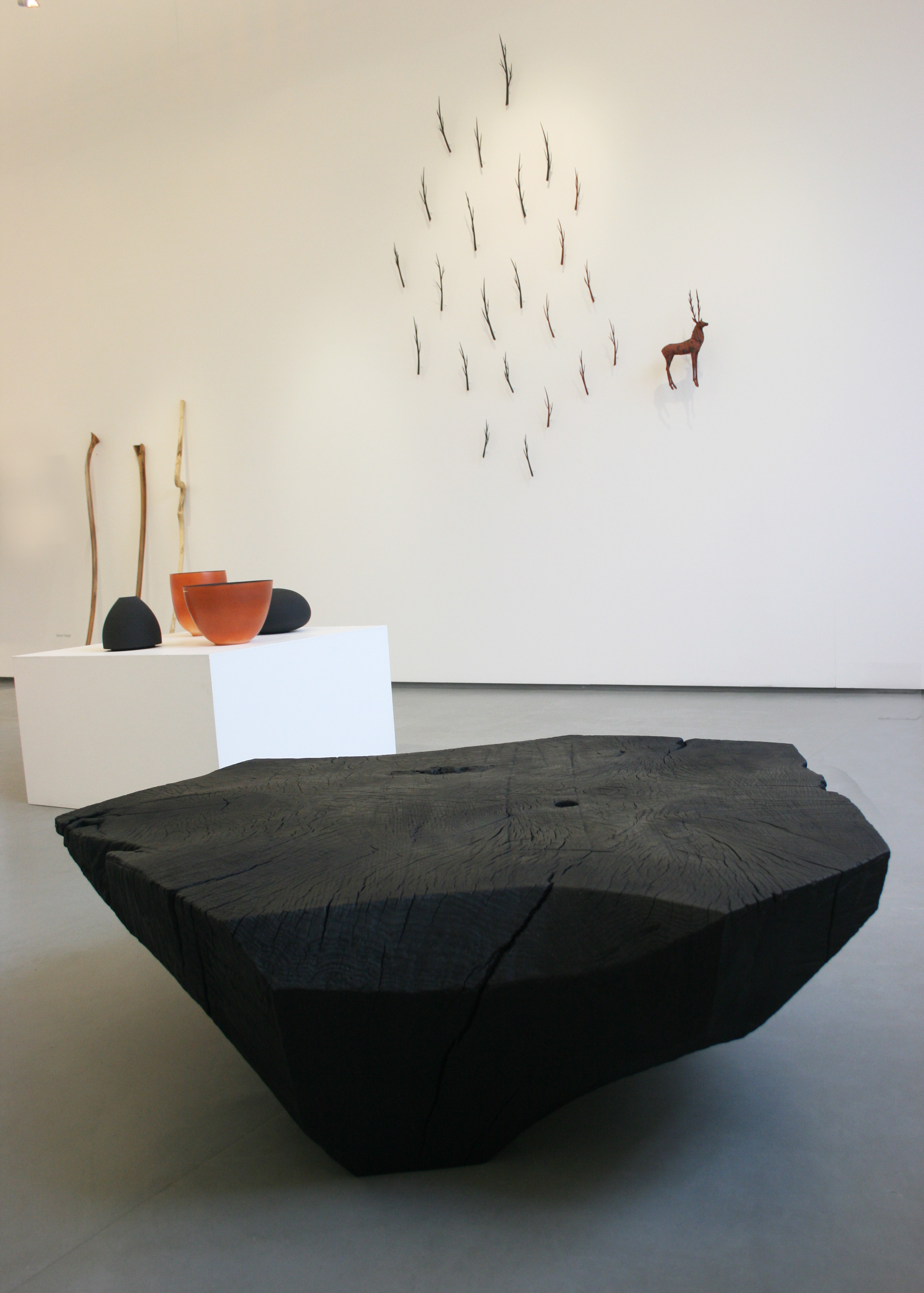 August can be a quiet month for exhibitions, but out Carmarthenshire / Ceredigion way, there have been two good shows on. The County Show at Oriel Myrddin showcases a wonderful selection of local designer-makers with beautiful pieces like Simon Gaiger’s stunning Ash Coffee Table, charred to perfection; and Colony 13 Cardigan organised by Lee Williams and Chloe Reynolds, which has offered important opportunities to artists to show work in a range of alternative spaces through the town of Cardigan. This is its second year running and it’s set to be a keeper, with a well attended opening and tours of the spaces running throughout the month. 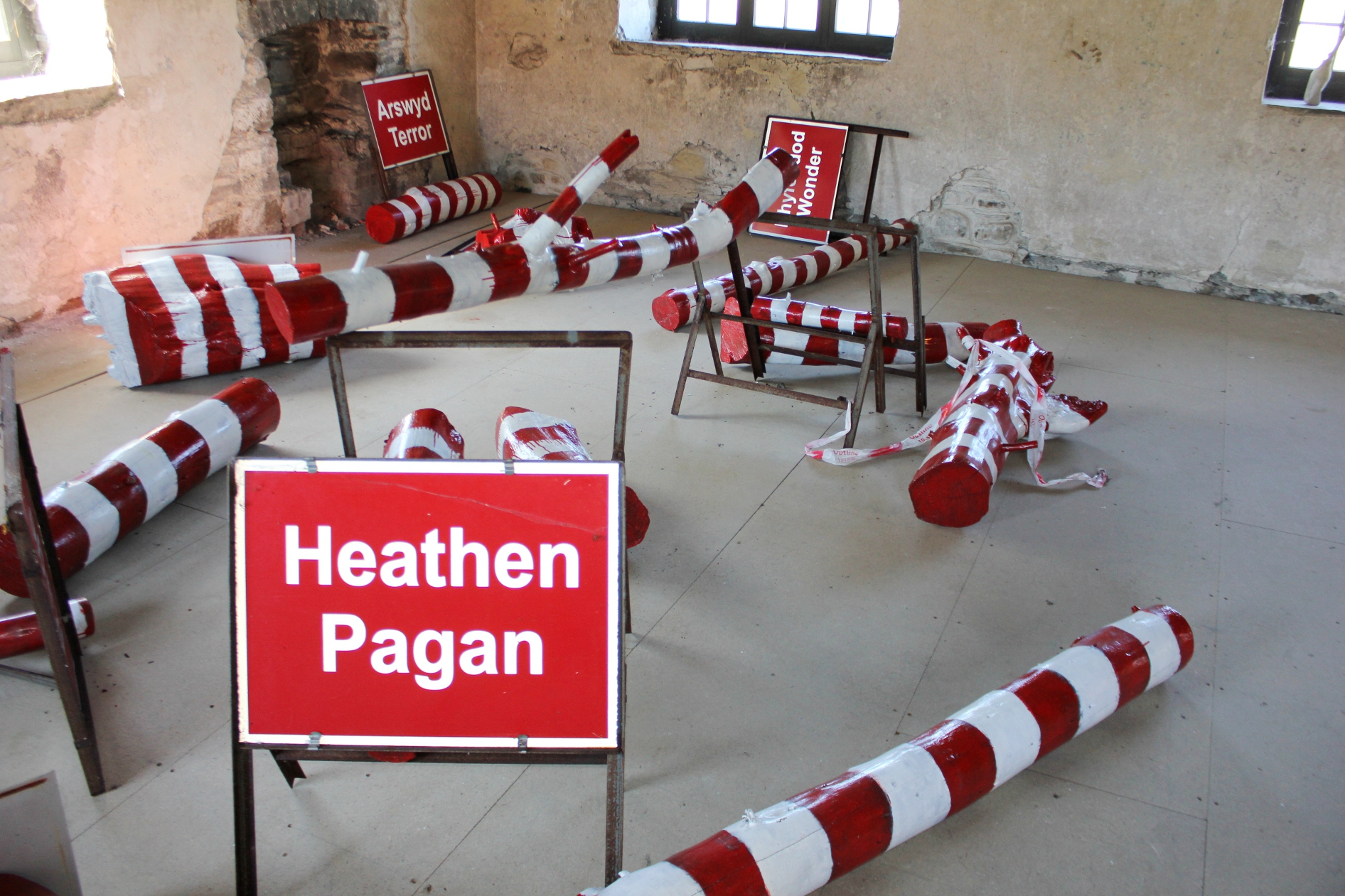 Alicia is the Axisweb Associate in Wales. She is based in Ceredigion and is currently working on a doctorate about the history of SPACE Studios in London.