Home Archive Here, There and Everywhere

Here, There and Everywhere 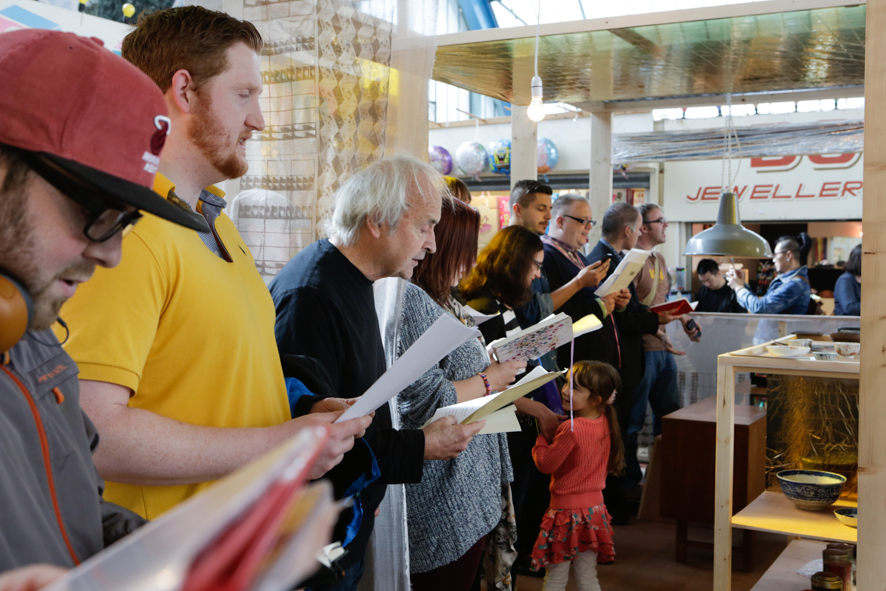 Alicia Miller reports on how different people and places are coming together in Wales, and thinks about the global and local benefit of these activities

I was down in Swansea several weeks ago to see Let’s See What Happens, a series of commissions that Karen McKinnon put together as part of the Glynn Vivian’s off-site programmes while they closed for renovations. The project brings together the local and international in the best kind of way, as an exchange between artists in ‘culturally-distinct’ locations like Swansea and Xiamen and Shanghai. It is a way of activating the international in all places, not just those entrenched in the networks of global trade. It recognises the power of regional places to change our idea of the ‘international’ and explores the potential for a deeper cultural dialogue that is more than just commercial.

Let’s See What Happens exemplifies this. The seven artists involved in the project, Tim Davies, Yingmei Duan, Paul Emmanuel, Owen Griffiths, Maleonn, Fern Thomas and Zeng Huanguang, all spent time together in both Swansea and China through residencies across a period of four years. The work evolved durationally and the time given to it, along with the open-ended brief (which is why Karen McKinnon called it Let’s See What Happens), allowed for a depth of exchange that produced some really wonderful work.

Karen thought around the problem of parachuting artists into exotic places to create site-specific work, to find a way of working that extends this in a more meaningful way, by foregoing the lure of ‘exoticism’ and the pressures of place. These are not works about another strange and different culture; they are about sameness and difference and being here and being there.

The work produced by the participating artists is diverse while still being cohesive as a whole. Fern Thomas’s piece, the sound of a temple from six thousand miles away, is a multi-screen video installation and soundscape full of the lyricism that makes Fern’s work so beautiful. Based around a narrative of rain and ritual, it reflects the dissonance and anxiety but also the pleasure of being someplace somewhere else. 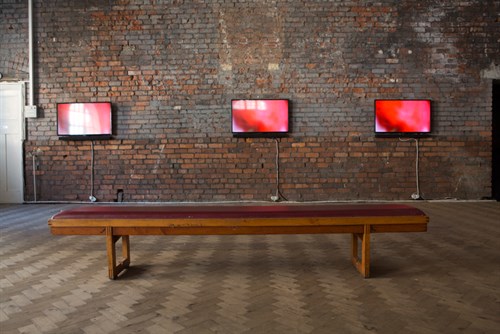 Fern Thomas, The Sound of a Temple from Six Thousand Miles Away Image: Eva Bartussek

Sameness and difference, sameness in difference, difference in sameness all runs in all these works as well. Owen Griffiths created a tea pavilion in Swansea market where you could drink tea from tiny hand-made cups and eat pickled papaya, kimchee and other delicacies. When I was there, a group of Chinese retirees gathered with me and the atmosphere was convivial and lively. The setting of the market reminds us of the social interconnectedness that globalisation brings, and how we are always here and there in our world now. The photographer Maleonn offers a fantastic representation of this. In his mobile studio, he photographs his sitters in a weird and wild array of settings, using props from different periods and places and allowing them to be whomever or whatever they want.  The disguise allows for playful reinvention and re-imagining of life in the somewhere else. But the works never vie with reality and remain anchored here by their theatricality. 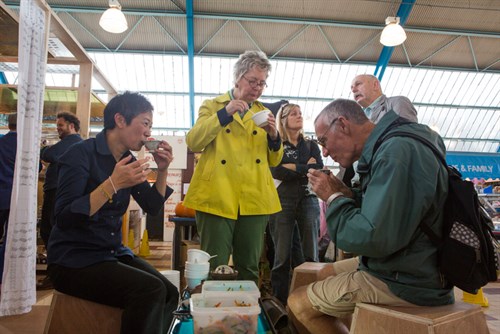 Emma Geliot is someone who remains committedly here in Wales. She has a new venture, Culture Colony Quarterly Magazine, which will be dedicated to a ‘new, independent perspective on the arts in Wales’ and promises to look at the ‘many different genres and disciplines, because everything has a context.’ She also believes in a new internationalism that moves on from the stilted and atrophied idea that it represents some kind of centre. Emma writes instead that she wants to ‘send the creativity that happens in Wales to all the corners of the globe (which, being round, has no corners).’ Indeed! The globe, being round, allows anywhere to be the centre. All points on its surface should be considered equal.

So to round things off (ha, ha!), I’m happy to announce that Axisweb has received another year of funding from Arts Council Wales. We’ve got a great roster of activities for the year. But more of that anon. Two events will look at opportunities for artists to extend their practice in new ways: Beyond the Objects in the Museum will consider how artists might use museum collections in their practice; and Creativity in Health and Healing will explore art as a therapeutic tool in galleries and museums and consider how aesthetic objects can stimulate creativity and facilitate social engagement and inclusion. We’ll also be doing a couple of Axisweb Road Shows that offer our members face-to-face advice about getting the most from their membership (especially in the light of our new website), alongside tips to get them up to speed with the digital tools they can use to promote their practice.

Most exciting, however, is the fact that we’re going to create a new online Art Map of contemporary practice in Wales which will detail both organisations and artists across the country and will be a dynamic presence that creates gateways for interaction and exploration of what’s happening here. It will bring people to the site and send them off again in other directions. I’ll be talking to some of you in the coming months about what you think should be on the site. I’ll be here working on it and would love to hear from you with your thoughts or suggestions, so don’t hesitate to email me on [email protected].

Alicia is the Axisweb Associate in Wales. She is based in Ceredigion and is currently working on a doctorate about the history of SPACE Studios in London.