engage – The National Association for Gallery Education comes to Cardiff 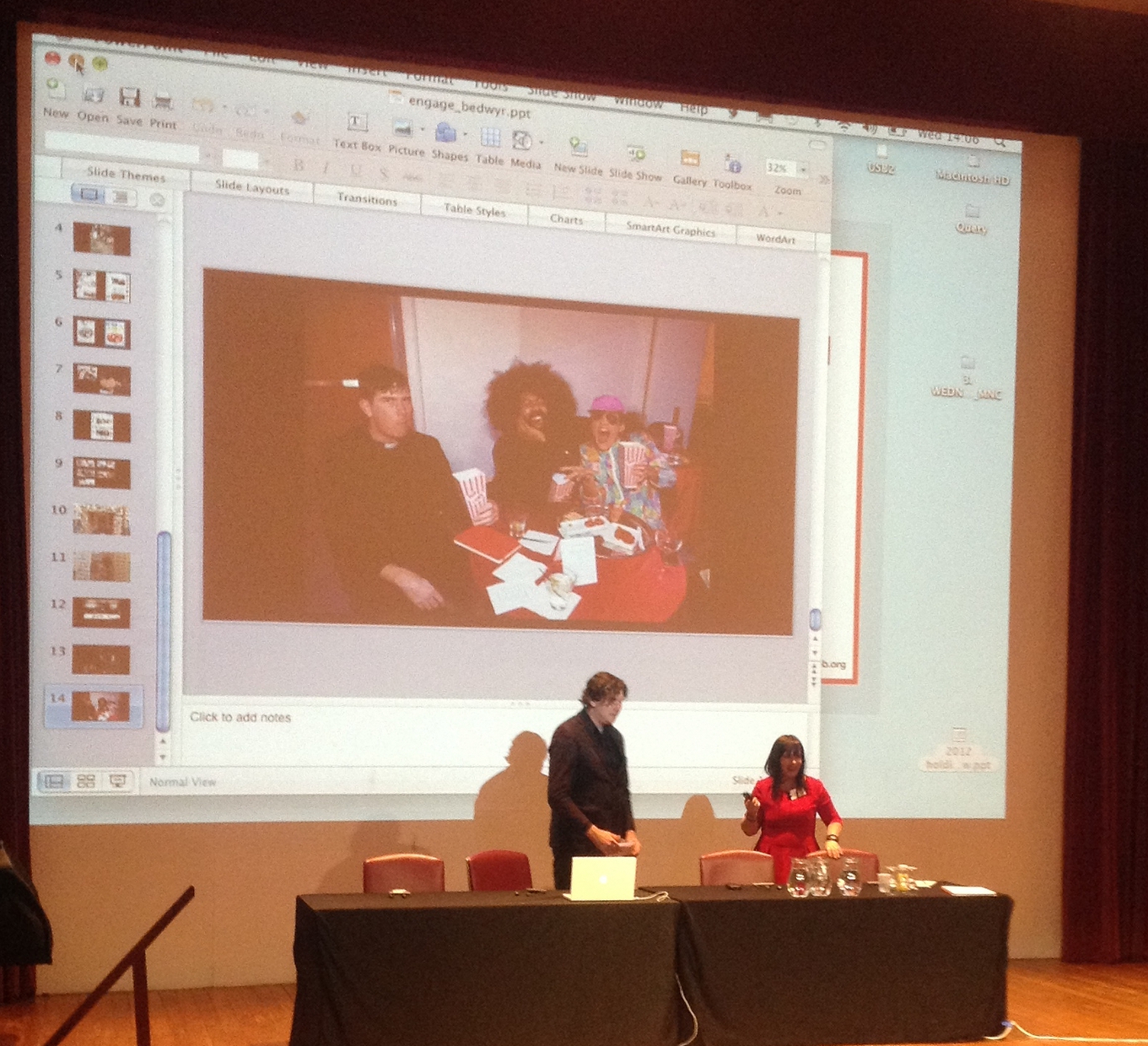 Early last month engage – the National Association for Gallery Education arrived in Cardiff for its annual conference. Engage, for those who may not be in the know, is a visual arts organisation focused on learning and art education. It has long been the support network for education staff, curators, artists and others who work in gallery education and extend the impact of the visual arts through participatory projects.

Attending the yearly conference was a feature of my professional life when I worked in gallery education, an opportunity to get together with peers, reflect on practice, network and do a bit of beefing about playing second fiddle to the exhibitions team in the institution. 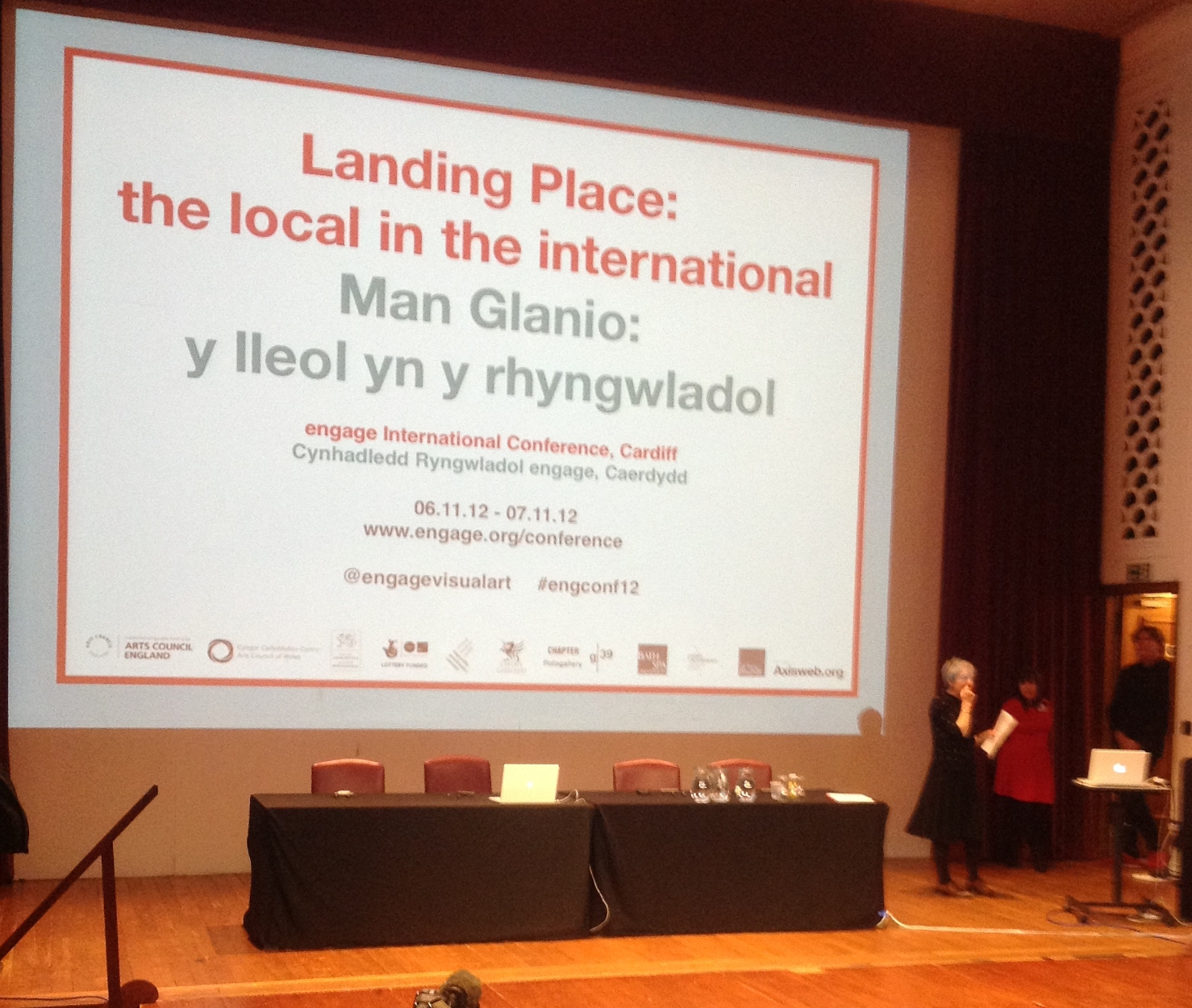 Warming up at the engage conference 2012

A lot has changed in gallery education since I last attended the engage conference in about 2005. The rise of socially engaged practice as a discourse in contemporary art and the widening participation agenda, which remains a key feature of Arts Council policy, has foregrounded work that is often commissioned by ‘education’ curators from artists working in the field of participatory practice, rather than work they do on the side. Programmes like the Serpentine’s Edgware Road Project have drawn critical attention to the work coming out of gallery education programmes. Their work and that of other progressive gallery education programmes are repositioning ‘education’ as a vital contributor to a gallery’s curatorial content and not just an adjunct of its exhibition programme.

The conference, consequently, felt much more grounded in wider contemporary art discourse, less a peek into a specialised practice and more a widely relevant discussion of issues and concerns for anyone interested and engaged with contemporary visual art.

Titled Landing Place: the Local in the International, the programme was put together by Michael Tooby, former director of the National Museum Wales and took as its focus the complex inter-relationship of local and international contexts in a globalised world. 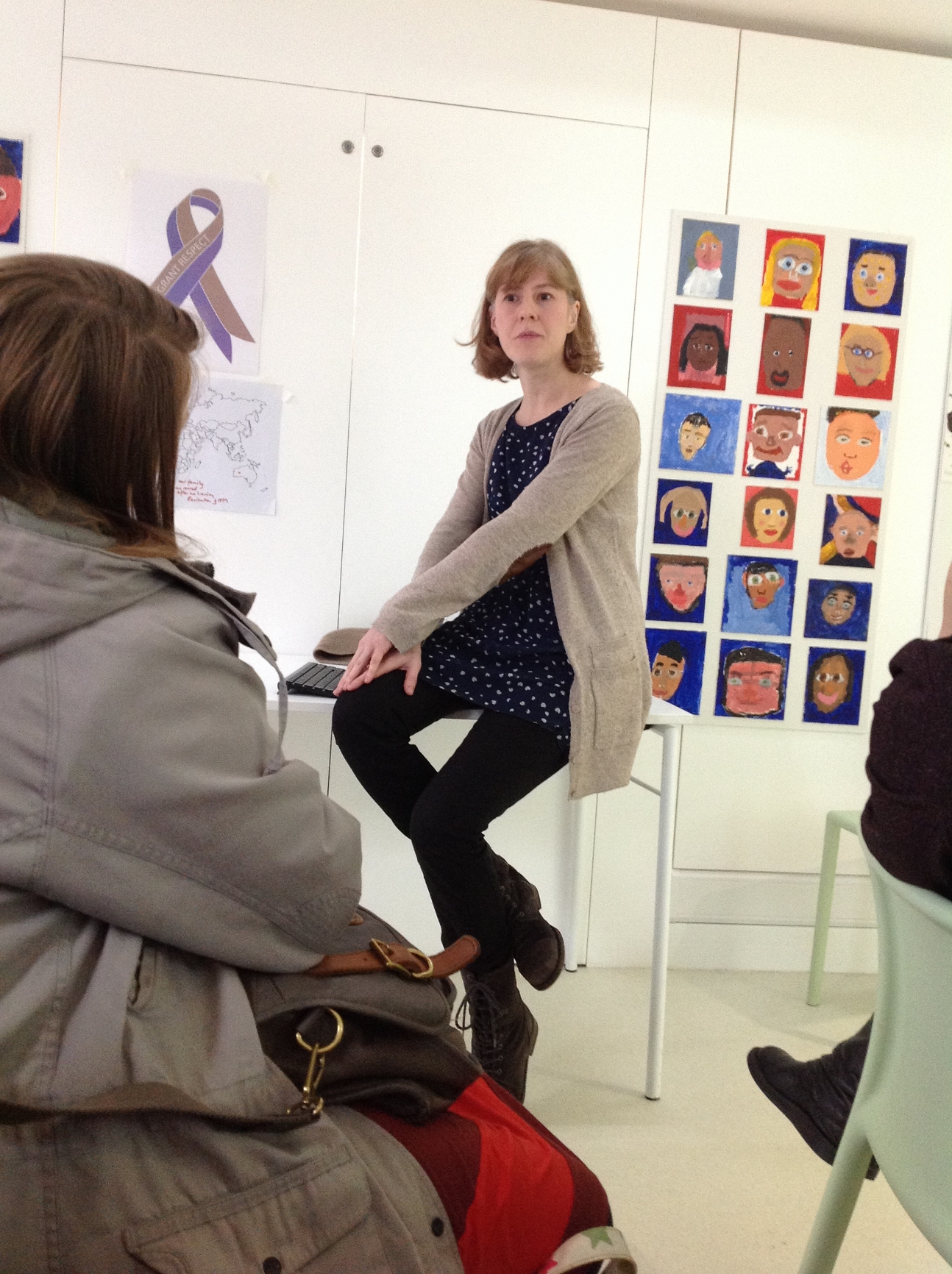 Introductions to learning activity at Artes Mundi, as led by Ffion Rhys, Artist and Project Coordinator

This was explored through a mixture of presentations on projects, artists’ talks and a closing polemic by Felicity Allen, artist and former Head of Learning at Tate Britain, on the role of globalisation in gallery education practice, calling for a ‘deep knowledge of locality’.

The conference was punctuated by a series of ‘digital postcards’ that gave brief snapshots of thinking aimed at stimulating ours. My favourite was Charles Esche’s reflections on artists’ practice and why we shouldn’t expect it to be easy.  Art is ‘busy making propositions about the future… It departs from the consensus,’ he tells us. Indeed!

Artist Johnny Gailey made a valiant effort to cohere thoughts from conference discussions at the end of each day, inviting people to talk about the words, terms and labels kicked around, only to have each dismissed as too impossibly contradictory to be useful – global, local, community.

Perhaps the most salient point on this was Bedwyr Williams’ acknowledgement that ‘I can only speak of my own experience and what it’s like in my situation.’ In his talk ‘Crewe, Its Part in my Downfall’ he tried to locate himself between his local and international situations with the statement that he only truly becomes an artist as he journeys to London on the train. He finds his local embedded in the global, on the ‘society’ pages in Artforum vs. the local newspaper. He reminded us that it’s all just a matter of where you are.

Axisweb was media partner for the engage conference in 2012