Home Archive Ends and Beginnings and all the Stuff in Between

Ends and Beginnings and all the Stuff in Between 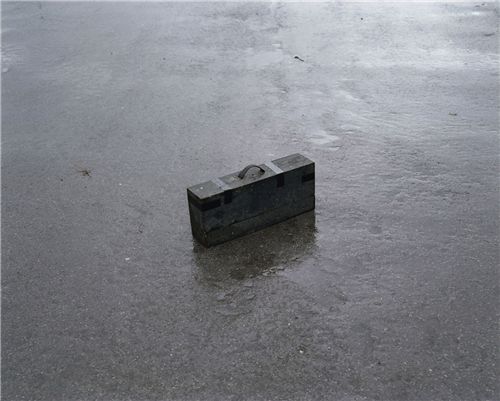 Alicia looks back to the projects that have happened over the last year and forward to the next set of projects taking place in Wales this year.

This will be my third year supporting Axisweb in Wales. It must be said, that I’ve got a great role. It’s a real pleasure working for and with such an interesting, supportive and dynamic arts community.

Over the past year, Axisweb has supported some really good work - from Owen Griffiths and Fern Thomas’s Forever Academy last November and more recently Real Institute’s Analogue Web Portal to the writing of Ciara Healy, Brychan Tudor and Rowan Lear, our three budding critics from the Developing Critical Writing in the Visual Arts programme to the work of our five artists recently selected for the Out and Beyond visit to the Liverpool Biennial 2012 (more on that below). And there is more still to come with Practices in Between: Curating Post-Discipline at Ruthin Craft Centre on October 12 looking at the impacts of ‘post-disciplinarity’ in fine art and craft practice with critic Jessica Hemmings; and another participative based event, Architecture of a Website, with g39 exploring artist web sites with designer Wolfram Wiedner and artist Richard Bevan on 26 & 27 October.

But about those artists selected for Out and Beyond… the programme aims to support artists in their year of graduation from an MA/MFA programme and establish dialogue between artists and curators through mentoring and critical engagement. The programme is a partnership between Axisweb, Arts Council Wales, regional arts organisations and HEIs offering MA level degrees in visual arts practice across Wales. Axisweb invited the University of Glyndwr, Swansea Metropolitan, Cardiff Metropolitan and the University of Wales, Aberystwyth to nominate students for application. Out of these, five graduates were chosen by supporting curators Chris Brown (g39), David Drake (Ffotogallery), Ruth Gooding (Oriel Davies), and myself. With a strong set of applications, decisions weren’t easy but we are pleased to have selected: Freddy Griffiths (Swansea Met), chosen also by Anthony Shapland for MAStars; Shaun James (Cardiff Met); Phil Lambert (Swansea Met); Ian Wilkins (Cardiff Met); and Megan Wyatt (University of Glyndwr). The five will join Axis staff and our supporting curators for the opening of the Liverpool Biennial to kick off the programme and will continue working together through one to one mentoring sessions, peer critiques and a further ‘go and see’ trip to London.

I also wanted to say a quick congrats on two projects that are wrapping up. I went along to g39 for the publication launch of CAAPO’s catalogue Dystopia: Are We Nearly There Yet, documenting the year long project. It contextualises work by artists Ben Langworthy, Laurence Payot and Spazi Docili which explore in diverse ways the idea of place and community in narratives of dystopia—what might be described as imagined futures of the everyday. It is not easy for young organisations like CAAPO, run by Brychan Tudor and Jamie Davies, to thrive. Davies and Tudor have been inventive in securing funding, successful with the usual suspects (Arts Council Wales and the National Lottery) but patching in the missing bits with sponsorship proposals and a fundraising cycle ride to Anglesey to pull together the publication funds for this vital documentation of CAAPO’s work. 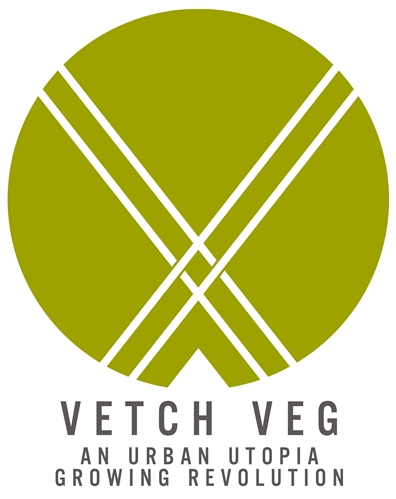 Finally I popped along to the opening of the Sandfields Festival of Ideas at Owen Griffith’s Cultural Olympiad project Vetch Veg. The weekend programme celebrates the community vegetable garden created by Griffiths on the site of Swansea Football Club’s former home, the Vetch. Commissioned by the Glynn Vivian Art Gallery as part of Offsite, a series of projects running while the gallery is closed, the Festival featured contributions by Peter Finnemore, Juneau Projects, Maria Pask, Nina Pope, and Paul Granjon among others. Best of all there was yoga with GV curator, Karen Mackinnon each morning - you can’t beat that!

While Vetch Veg will continue their community commitment, the group (consisting of a hundred strong individuals, families, organisations, community groups and even a Chinese Retirement Centre) will now take responsibility and direction for the project. Griffiths will continue to work in Swansea and stay in touch with the Vetch Veg group but will be stepping away after spending a year conceptualising and setting up the project. He’s planning to develop other projects based around communities, food and land transformation. He’s also off to Copenhagen for three years to study under Nils Norman at the Royal Danish Academy of Art and Design. Owen’s energy and drive, along with his infectious charm and enthusiasm, will be missed while he’s away. I have a feeling, though, that he won’t be gone forever…