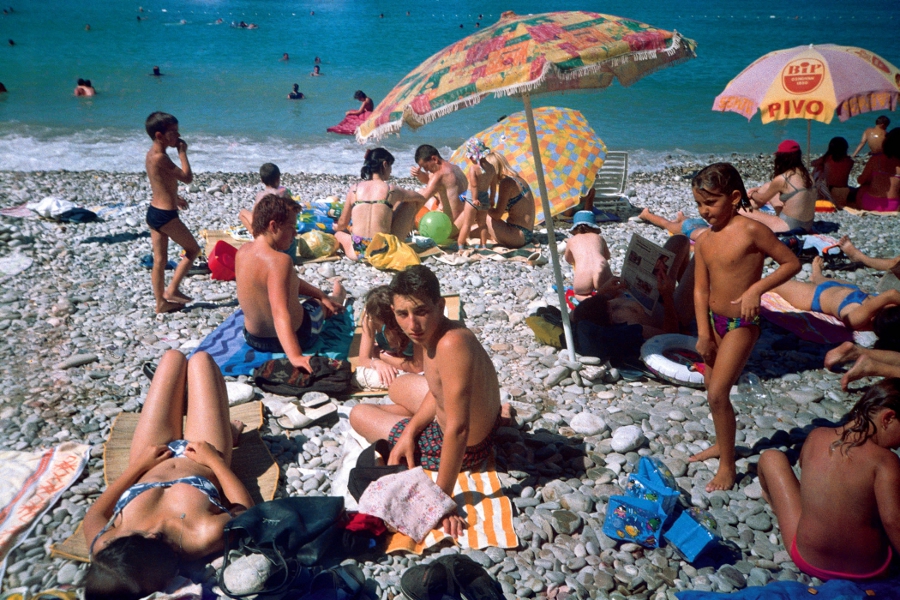 Artes Mundi opened a few weeks ago at the National Museum of Wales in Cardiff, its fifth incarnation since it started in 2003. Ostensibly a ‘biennial’, it’s not the three-ring circus coming to town that many biennials are – inhabiting multiple venues across a city and often too large to be curated, even though they supposedly are. Artes Mundi is better for it, eschewing the spectacle of scale for something more intimate and focused.

Artes Mundi’s focus on the human condition really demands we commit a little more to the work on view than we might, say, in Venice, Berlin or Istanbul, where work competes with both setting and art-world networking – not to sell Cardiff short on this, but its quieter presentation is consonant with the material. You don’t want to drink wine and gossip about the latest staff turnover at institution x standing next to Teresa Margolles’s 32 years…, a section of tiled floor where the artist Luis Miguel Suro was murdered.

Margolles’s visceral meditation on death and violence is impossibly potent. I had to leave the room, in fact, after absently strolling in and putting on headphones which played the sound of the first incision of an autopsy. Being in that room with her work made me feel that death and violence were the only conditions of humanity, something it is hard to avoid feeling while the civil war in Syria continues unabated.

Phil Collins’s Free Fotolab, in the room behind Margolles, is something of an antidote. The ongoing project provides a free film-development service to people in exchange for his free use of their images. Projected through a now old-fashioned slide projector, the images offer random views into the lives of strangers and are both brilliantly banal and endlessly fascinating.  The images are poignant in their ordinariness, reminding us, the viewer, of how ultimately ordinary all of us are as humans even as we strive to set ourselves apart. It’s comforting in a weird ‘Family of Man’ kind of way.

Artes Mundi is the largest UK art prize at £40,000. It will be awarded on November 29, though the winner will not be publicised until the close of the exhibition. There are seven artists up for the significant prize money – Miriam Bäckström, Tania Bruguera, Sheela Gowda, Darius Mikšys and Apolonija Šusteršic join Teresa Margolles and Phil Collins. The selection of the shortlist is made from an open call for nominations of artists, which means anyone can nominate an artist for consideration. It’s a novel process for selection and even more so because of the high quality of the work. This year Artes Mundi further advised its curators, Anders Kreuger and Sofía Henández Chong Cuy, to draw up their short list from nominations by ‘the public’ – an approach that makes for unusually adventurous decision-making about the outcome of such a significant prize. It’s a testament to the biennial’s desire to step beyond the strictures of the US/UK art world stranglehold and the global capitalist art market, to present work with a wider frame.

Don’t miss Artes Mundi 5. There is a varied and compelling range of work which approaches the ‘human condition’ in a range of unexpected ways. It’s the most experiential of exhibitions that I’ve seen in a long time, reminding you that art should make you feel as well as think.