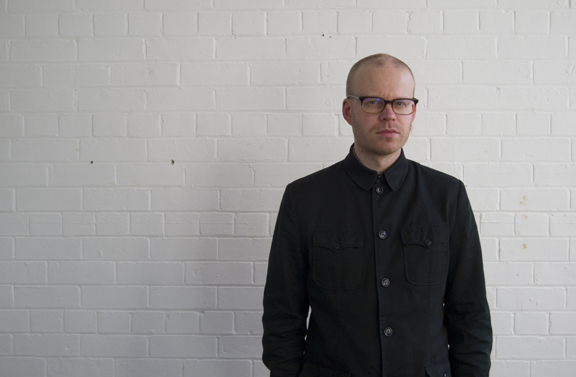 This month's Influencer is Nottingham based artist Niki Russell. He is the Programme Curator at Primary, one of the UK's most exciting artist-led spaces

Lesley Guy: What is the art scene like in Nottingham and how did you get involved?

Niki Russell: The art scene in Nottingham has changed quite dramatically in the period of time that I’ve been here. I did a Fine Art degree at Nottingham Trent University and when I graduated I decided to stick around. At that time there was very little going on, or that’s how it appeared.

There was a council run gallery and a few university galleries and there were artist studios but they weren’t particularly visible. So there was an opportunity to do something and three of us set up a space that incorporated both studios and gallery space. That only lasted for a year but it seemed to have a knock-on effect in that more and more things began to get set up in Nottingham.

We set up another space as Reactor and it became a bit of a regular theme that a group of graduating artists from Trent would stick around and set something up themselves rather than joining pre-existing groups. There was Stand Assembly, Moot, One Thoresby Street, Tether and Backlit. The thing going on there was seeing others do it and realising it was possible and that encouraged more and more people to stick around.

Another major change that Nottingham has been through is capital investment. Nottingham Contemporary and the New Art Exchange opened maybe six years ago which really changed the profile of art here in terms of the people who visit but also putting the city on the map as more attractive for artists to move here.

That has raised the level of expectation of artist-run spaces, over the last five years there have been fewer new spaces opening up, but the organisations that were set up in the five years preceding that have grown or developed in terms of the spaces that they have, the ambition that they have for both the artists that are resident within them and the programme they develop. One example of that would be Primary, One Thoresby Street and Backlit are now working together as the New Midland Group, and will host the launch of Bloomberg New Contemporaries later this year.

LG: Describe what Primary is - what do you do there?

NR: Primary is an artist-led space that occupies a former school building. The project specifically set out to be different from other studios in the city, to try to create something that had a greater long-term stability. The building has a number of different levels of activity.

There are 30 artists or artists groups who have permanent studios within the building. We also curate a programme which is focussed on creative research and the different modes of producing art. We took a specific decision to focus more wholeheartedly on production rather than simple presentation of artworks.

I guess that was looking around the city and seeing that most of the programmes were geared towards presentation, too often showing work that already existed, and we were interested in how we could focus our capacity and resources on supporting artists to make new work.

Often people don’t have an opportunity to think about how work is made, they just see it in this finished state. We are interested in how you might open up those processes through a variety of different events and allow moments of participation, dialogue or other forms of interaction. 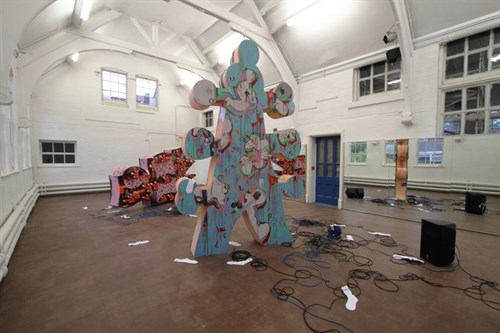 We are predominantly focussed on commissioning artists to make new work. Multiple points in this crude landscape, was a programme of three production residencies with Jonathan Baldock, Edwin Burdis and Shana Moulton. We also run a series of commissions entitled Intersections which utilises a more research based approach, and works with different individuals or communities that surround the building to develop work.

Another focus has been on opening up space for discussion so we've had a series of events called Paravent where we invited two guest organisations to come and present something about the way that they work with artists and with audiences. Alongside most of the commissions and other projects we do there is usually a series of other events that run alongside it inviting people to come in and respond to the work in some way to open up different ways of thinking about what the work is. 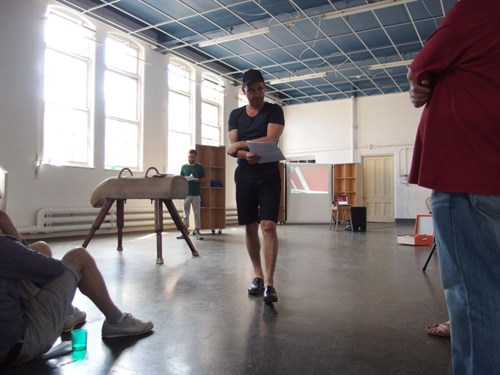 LG: Could you say something about your own art practice?

NR: I don’t necessarily have a very fixed mode of working so I have made work individually and in lots of collaborations over the years. One collaboration, Reactor, has been ongoing since I left university, so that's nearly 14 years working in a particular group – but one that has provided different ways of making things or different ways of working with other people, over time expanding to incorporate the curating of projects. All of these different ways of making work are just a different aspect of my approach to art in terms of being interested in producing things that I think aren't being produced elsewhere.

LG: Have you got any advice to artists who want to organise their own projects or set up art spaces?

NR: This might sound a little blunt but the main thing is to just get on and do it and not worry about being knocked back or things not working out in the way you imagined to begin with. Be clear about what you want to do and how it adds to what is already there, try to avoid simply replicating what already exists. Ask for what you want - you’d be surprised how often these things do happen.

Don’t over sell what you do, sometimes there’s a tendency to feel the need to convince other people or over-market it, and I’m not sure that’s a great approach to take. If you are convinced by what you do and focussed on making it happen then the conviction behind it will be evident to others. If you are based in a regional city, avoid being inward-looking, find those people who have similar interests to you in other cities. Make connections that might support or develop what you are doing.

Find out more about Primary >

Interview by Lesley Guy
Published May, 2015

Read the previous interviews in our The Influencers series: