The Influencers: Patrick Fox, Director of Heart of Glass 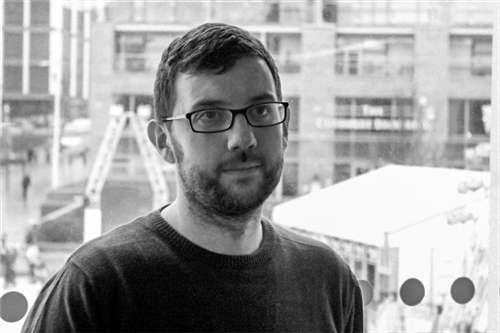 This month's Influencer is Patrick Fox. He is currently the Director of Heart of Glass, a commissioning project based in St Helens which focuses on collaborating and engaging with artists and audiences across the community.

Lesley Guy: Congratulations on your new appointment as Director of Heart of Glass - could you say something about what the organisation does?

Patrick Fox: Heart of Glass is a new arts commissioning project which is part of the Creative People and Places programme, a 37 million pound action research investment by the Arts Council in areas of least engagement in the arts throughout England. We’re based in St Helens and we are part of a network of 20+ projects around the country looking at models of engagement and building participation in the arts through ambitious arts commissioning. For Heart of Glass and for ourselves in St Helens our focus is really on social practice, collaborative methodologies and the different ways that artists and communities work together to make contemporary work.

LG: And how is that going so far?

PF: Good! We are at the start of a ten year programme, so we are in the first stage of development and we’ve been initiating various different conversations with locally based artists and building relationships with national and international artists, so we’ve had a couple of different commissions come to fruition, other things are at a research and development stage – so lots going on!

We are working on different models of engagement and programming across art forms so there’s a really interesting diversity to the programme, everything from a live art weekender that we’ve got coming up in the autumn to a major public art commission with artist Joshua Sofaer to a programme of prototype commissions which is a body of 30 smaller micro-commissions working with locally based artists in collaboration with communities, to a programme of work happening in people’s homes around the borough. We are going to be doing 30+ performances in people’s homes; their living rooms, kitchens and gardens!

LG: What’s your background, how did you get into art?

PF: I’m from Ireland, from Dublin and I did a BSc in Multimedia and after graduation I started to develop film and new media projects, working with various communities and contexts in Ireland. Then I moved to Liverpool where I began working with FACT (Foundation for Art and Creative Technology).

There, I was involved in and directed the tenantspin programme, which was a kind of marquee collaborative arts project initiated as a collaboration between a Danish artist collective called Superflex and a group of high-rise tenants, older people living in tower blocks across Merseyside. That went on to be a 14-year programme of work and a collaboration which was a model of best practice I would say, and a pleasure to work on.

I was the Head of Collaborations at FACT meaning I oversaw various programme including Health, Schools, Young People and various different collaborations with different sectors and communities.

I moved back to Ireland for a number of years, where I was the director of an organisation called Create, which is the national development agency for collaborative arts in Ireland. It’s a 30-year old organisation that’s been focussed on contemporary collaborative and social practice and participatory arts in Ireland. So that’s everything from commissioning to supporting artists’ development and leading at a policy level.

That was a really interesting three years, and Create is a fantastic and important organisation. Some of the work we did during my time included a joint commission with Artangel which will be realised in 2016, I also initiated a 4-year European programme of work which was a collaborative arts partnership programme with eight organisations across Europe, which is something that I’m still involved with and then I came back to St Helens and Heart of Glass and Creative People and Places. So that’s my chequered history!

LG: What have been the most exciting or successful projects you’ve been involved in?

PF: Tenantspin is something that has been written about quite a bit. It’s a project that began in 1999 as a short-term collaboration between Superflex, who have gone on to do amazing things, and from there the community took the essence of what the project was, which was an internet television channel before YouTube and the social media explosion, and it became this online civic space, a space for conversations and community activism and that went on for a further 12-13 years after the original collaboration ended. The ‘tenants’ worked with numerous artists over that period. It was a really great programme actually and became the backbone of FACT’s collaboration programme.

I’m really interested in the more expansive conversations that are happening around public art at the moment and the movement away from a focus on the monumental and really considering how publics can interact with works that are more temporary or performance based. One particular public art commission that I worked on in Ireland was with an artist called Jessie Jones on a work titled The Prosperity Project.

Essentially it was a commission for a new work within a new build conference centre in Dublin. They wanted something within the context of the building but we were really interested in how we could push that, not just responding to the physical space but responding to the locality or the idea of convention - bringing together different knowledge bases and creating new knowledge.

The artist initiated an 18-month project that became known as the Prosperity Project which was a durational conference with various communities in and around Dublin that informed the development of the work that is currently being installed within the convention centre.

This was a really rich process along with the produced piece but the artwork itself was actually the sum of all the parts rather than just being the object at the end and that is a really interesting model for me.

LG: How would you say that organisations and artists benefit from closer engagement with the public?

PF: This is an area that I’m really passionate about. The idea of the artist as a solitary genus sitting in a darkened room waiting for lightning to strike just doesn’t ring true for me. Artists are part of society and a part of the community that they are responding to and the world and the politics of our times.

Artists are working and collaborating with communities and contexts as a central part of their practice and I think what we need to get better at as a sector or field, as organisations and commissioners, is supporting artists to work in that way because it is about process, duration and exploratory conversations.

Artists are telling us that that is the way that they are increasingly making work. There’s been a paradigm shift in the art world which is about co-production and collaboration which for a variety of reasons, whether it be the impact of technology on our life, or globalisation, or the idea that even when you are watching Britain’s Got Talent or the X Factor you are participating in that exchange because you’re voting, so people aren’t just passive receivers of content, they are actually interested in being involved in the making of meaning. So our challenge as organisations is how we retain an open dialogue with the public.

I think that it’s really important that we open up those structures to be able to have that 360 degree conversation and that open, circular dialogue and I think it will result in richer work.

Read the previous interviews in our The Influencers series: