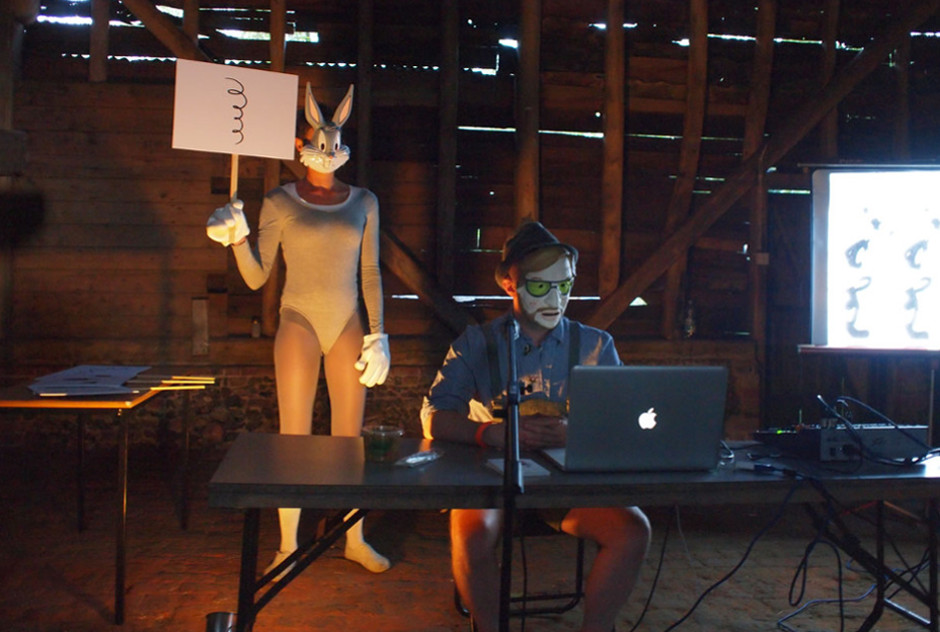 Looking for an alternative to the usual art festival this summer? Then Supernormal might be for you! We caught up with one of the organisers to find out what makes it so different

Lesley Guy: How did the Supernormal Festival come about?

Rich Howard: Before Supernormal, there was Braziers International Artists Workshop (BIAW). This was an annual two week residency for multi-disciplinary and international artists to collaborate, create work, exchange dialogue and experiment, leading to an open day at the end to present the work.

After 15 years running the workshop the original organisers wanted to shake things up a bit and find a new format to present work within - hence the inception of Supernormal in 2010. The idea was for the artists on the workshop to produce work that had the potential to be informed by, and shown at, the festival alongside a music programme which aimed to engage a wider audience. That workshop proved to be the last but the team behind it continued with Supernormal in its stead.

Over the years the festival has evolved and to some extent found its feet, but the core values of the workshop still intrinsically remain.

LG: Who is Supernormal for and what makes it different from other arts festivals?

RH: I suppose the "prime Supernormal punter" would be into performance, art, experimental music, feminism, rustic architecture and adventure. That said, the most rewarding feedback for us comes when people arrive without much interest in any of that, but leave with their curiosity piqued.

Some come specifically for the music, some for the art, and most because they want a festival with a difference. Supernormal is for everyone. People come for all kinds of reasons and from all walks of life but are usually seeking something out of the norm.

In terms of what makes it different, our main focus is to integrate the art and music programmes with one another as fully as we can. We're always trying to find new ways to straddle the boundaries between the two and I think that's what keeps it fresh. I've always felt it's an event that lets people take it at their own pace too. There's always loads going on, but in no particular rush.

LG: Who are the organisers and is it run with any particular philosophy in mind?

RH: There are about 10 of us. Half are veterans of BIAW with the others having been invited into the core over the years. We're a mixture of artists, musicians, and miscellaneous enthusiasts.

In terms of philosophy, I'd say we have three main principles: to challenge and reinterpret the festival format, to present a diverse programme exploring areas where different artistic disciplines meet, and to give visual and performance practices the same priority as music. 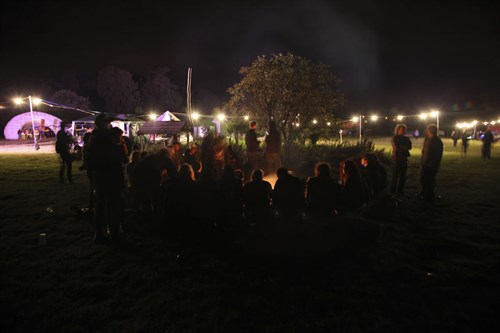 LG: Describe the venue and location. What is the best way to get there?

RH: Brazier's park is stunningly beautiful. It's surrounded by woodlands and in spite of the clamour of the festival you'll see dozens of red kites over the weekend. It's an eco site served by hand-made composting toilets and wood fuelled showers.

The manor house is an amazing building with a really rich history. It's currently home to the longest running secular community in the country, founded by Norman Glaister in the 50s. It's open to festival goers during the day and the residents serve up some of the finest tea and cake you'll ever get your lips around.

We're also lucky enough to have the run of a number of the rustic out buildings. These are home to various art and sound projects to get involved in throughout the weekend.

We try and encourage people to take public transport. There's a bus that goes directly to the site from either Reading or Oxford station so it's a pretty easy trip. If you have to drive, make sure you car share!

LG: What have you got lined up this year? Anything particularly exciting?

RH: From a musical standpoint, the big ticket item is the return of Part Chimp. This'll be their first official performance for a number of years. Also, this is the 5th year of Supernormal, and the 20th of BIAW. To celebrate, we've invited back some of those who’ve contributed to Supernormal's past - a bit of a "best of".

Of course there's plenty of acts that are new to the field. We've learned from experience that the most exciting performances are the ones we never saw coming.

SUPERNORMAL - LOVE EACH OTHER OR DIE from Andy Moore on Vimeo.

The Liverpool Biennial 2014 by Sheila McGregor >

Art Across the City by Emma Gelliot >